A lyrical suite of seven chapters for mixed choir a cappella, Jesper Koch’s Choirbook is a meditation on nature, complex and yet simple, communicating openly with the listener. Sincerity and a sense of timelessness pervade this large-scale work based on the poetry of Frank Kjørup, highly accessible and deeply immersed in the mysteries of its own beauty. 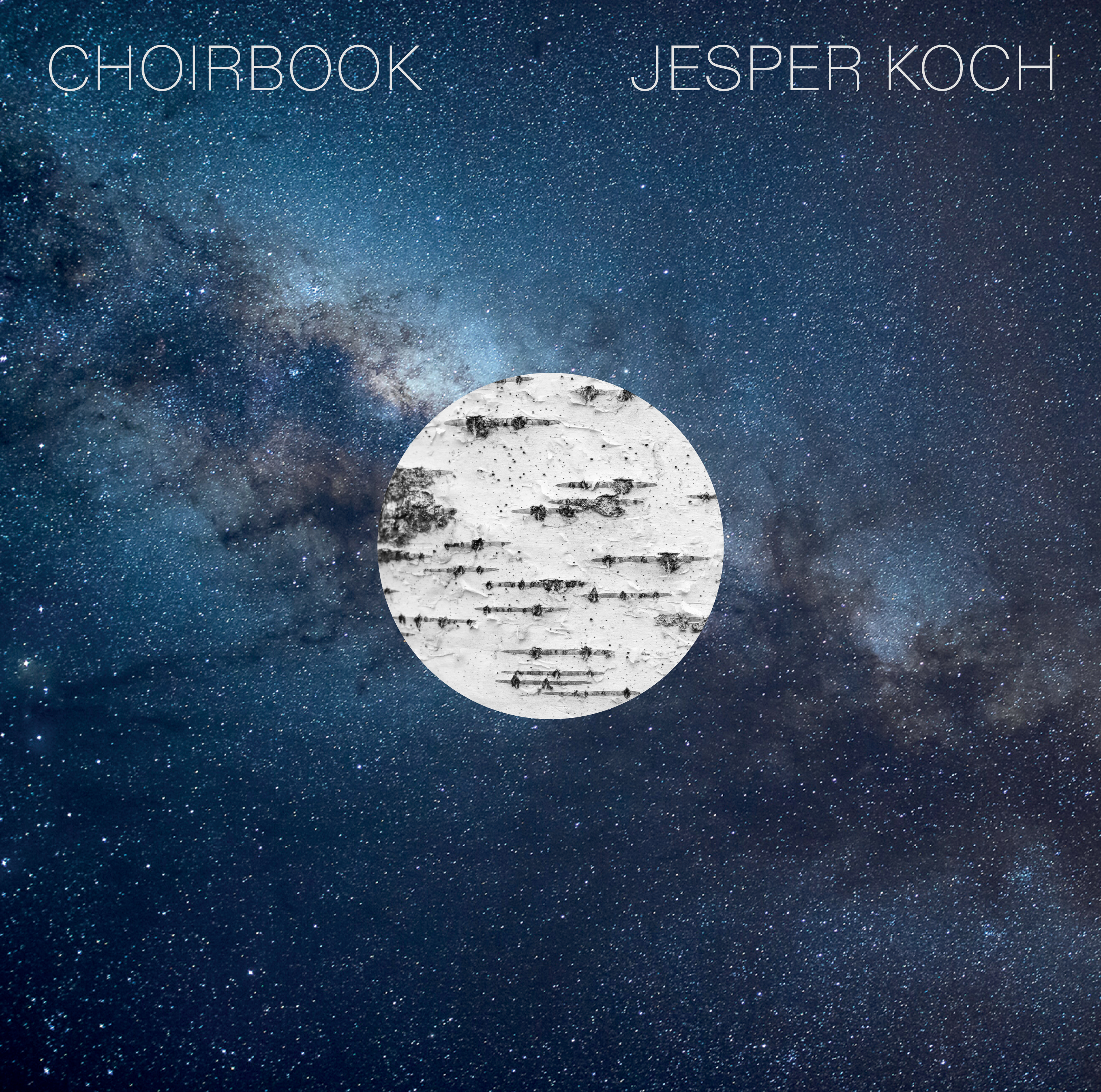 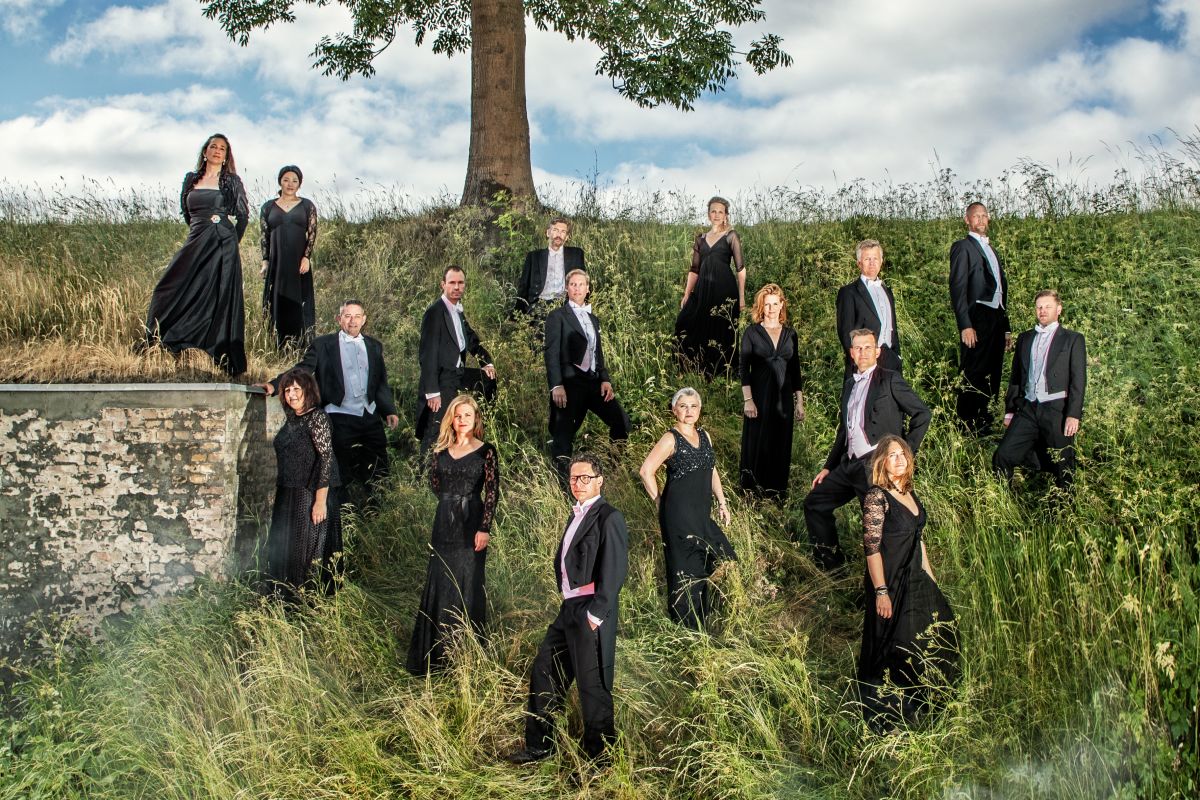 DR Vokalensemblet © Per Morten Abrahamsen
The Choirbook is an a cappella suite for choir divided into seven chapters, each with its own title and distinctive identity
Núria Serra, Sonograma
Music for the profound enjoyer
Veerle -Knopskaya- Deknopper, Cultuurpakt
Jesper Koch's choirbook has the potential to become a modern classic
Mikael Garnæs, Magasinet Klassisk
This is a beautiful work. A 'choir book' on 30 songs, sung with perfection
Gregers Dirckinck-Holmfeld, GregersDH
A magnificent text for the times, Koch’s lyrical suite conveys nature as a powerful but vulnerable force, fragile but intensely tutelary.
Brian Morton, Rhinegold
The award-winning chamberchoir impresses with flawless intonation, wellbalanced vocals and a convincing interpretation
Friedegard Hürter, Chorzeit
The ensemble’s sound fills the room in such a way as only a very few choir recordings I have ever heard can manage. Enthusiastically recommended
William Kempster, Fanfare
SELECT PREFERRED FORMAT TO DOWNLOAD SINGLE TRACKS.
Total runtime:
51 min.
Booklet

From one to the other
end of the world

It happens in the midst of summer, in the light of night,
Heaven descends into the thickets of Denmark –
and as scent, in trance as deep as childhood,
flows from the flowers of Earth.

Jesper Koch wrote very little vocal music before he reached his mid-40s, focusing rather on instrumental music, especially for symphony orchestra. But in 2012 something unexpected happened:

‘I suddenly had a strong urge to write for the human voice, and deal with “old school” stuff like melody and tonality. These two things are, for me, closely connected’, Jesper Koch explains. ‘I wanted to go back to something completely basic, which I missed after having written some rather complex orchestral works’.

The lyrical impulse was stimulated, first and foremost, by the poetry of Frank Kjørup. Koch began his vocal project Choirbook to poems by Kjørup in 2012. Both artists, close contemporaries, work in a style that is meticulous, with a twinkle in the eye, romantic traits and a strong awareness of the cultural DNA they both share. Composer and poet have been inspired by the natural beauty of Sjælland’s north coast, especially the area around Dronningmølle and the strange heather landscape called Rusland, where the museum and park with works by the sculptor Rudolph Tegner (1873-1950) is located, where culture meets nature.

Jesper Koch selected the poems for Choirbook from various collections of poetry by Kjørup, most of them from Jeg er stadig væk (I am still gone) (2012). The choral pieces were gathered into ‘chapters’, with more added each year. The selection was entirely intuitive, says Koch, and the music in Choirbook was composed without what he calls ‘structural gimmicks’. All the movements were composed within the same modal-tonal universe, and there are no modernistic effects like shouting, speaking, whistling sounds or extreme vocal registers. The music in Choirbook is melodic, concise, transparent and, perhaps paradoxically, strongly expressive for precisely those reasons. ‘When I write purely melodically, nothing must stand in the way of clarity. So everything superfluous is stripped away’, says Jesper Koch.

Frank Kjørup’s poems are free in form, and frequently very short. Structurally, the songs in Choirbook form a perfect arc, one that was not designed beforehand, but fell into place on its own. The high point of the work comes at the centre of Choirbook – the middle song of the middle chapter 4 – and in the last chapter, Jesper Koch ends the journey with a full stop.

Each chapter has a title and a character of its own.

The first chapter is the only one with a subtitle, ‘4 Nocturnes’, and each song is an image of (summer) evening or night, with the eyes turned towards the sky. The earth and the sun become one in the light of night, as described in the song about the rose hip cited at the head of this article. In the first song, ‘Milky Way’s birch bark’, man is bound to the heavens by sensing the connection between the distant Milky Way and the birch trees close by, both have the same speckled, black-and-white patterns. Man looks up at the sky, and it looks curiously back.

Chapter 2: …and this winter now

In this chapter the season has changed to winter. Wind, cold and snow has taken over, we are far away from the bright summer nights. Everything is distant, like childhood memories, as described in the chapter’s second song: ‘a hair which disappears into a corner of the wind’. Man’s connection to the sky is no longer through the sun, but through the cold moon. In this chapter the music has an aura of introverted evening songs and folk melodies.

Chapter 3: An epidemic of darkness

‘It is said in all the languages on earth that we shall die’. Choirbook has now moved far away from summer, and the darkness of nature inspires thoughts about human mortality and insignificance. The longest song, the third, stresses its message in the following song which, in a concise memento mori says, ‘Remember: Death when it sings / fall from heaven / birds like snow’. There is a noticeable density in the music here, where the singers declaim the short lines in a very focused and persistent manner.

The middle of the cycle, where love shows the way out of the dark. The chapter consists of just three songs, the longest ones in the whole of Choirbook. The substantial second song, ‘The Milky Way’, returns to the intoxication of discovering the sense of belonging together, this time with another human being. In that moment, ‘...the light broke through / suddenly, like the flower itself / between us’. The song’s climax reaches the highest note in Choirbook, and is marked to be sung grandioso: it is the centre of the whole work. The third song of the chapter, marked amoroso, is an almost bashful afterthought on having experienced something so grand.

After the long redemptive verses in chapter 4, Choirbook returns to the beginning of the cycle in chapter 1, Birch bark. This time around, nature is described as moving from the birdsong of dawn towards the melancholic late summer nights at the end of August.

For the first time, the songs are specific about their location: it is summer in Dronningmølle on the north coast of Sjælland, where Esrum Å (Esrum stream) twists itself through the landscape and the heather which has the unusual name Rusland, sometimes praised as being part of Denmark’s steppe, not really like anywhere else. ‘The sheep pass here like clouds / and graze and shine / of happiness / about not / knowing whether this is heaven on earth’.

In the last two chapters, the verses are ultra-short and the music is, to a high degree, shaped by the structure of the text. The four movements form closely related images of the air around us and the phenomena in it: butterflies flutter around our ears like ‘flakes from the sky’, and the mist upon the marshes makes the earth float. We inhale the universe: ‘and when we breathe, we blow / the galaxy’s flakes / from one to the other / end of the world.’

Choirbook ends with a collection of aphoristic afterthoughts, in which Jesper Koch takes his cue from the extremely short verses, following them precisely both in form and structure. Each song has only a few bars of music. The six small scenes round off the cycle with words about you and me, together under the moon, the great luminous dot on the night sky: ‘Over / autumn-yellow meadow / hangs the / wild moon / Full stop.’

Choirbook was first performed by the Copenhagen chamber choir Hymnia, conducted by Flemming Windekilde, during the years 2012‑17. The work turned out to be very consequential for Jesper Koch. He says: ‘Exploring the melodic and the tonal/modal elements within a narrow musical framework has opened me up to new impulses, which have been both overwhelming and hard to assess. Choirbook has inspired me to write several new pieces of solo vocal music, and working with the human voice has also coloured my instrumental music, which has become more melodic, and with that, more tonal’.

From one to the other end of the world, by Jens Cornelius, translated from the Danish by Colin Roth
Proofreaders: Jens Fink-Jensen, Colin Roth
Artwork: Studio Tobias Røder, www.tobiasroeder.com
Lyrics © Frank Kjørup. Printed with permission

Dacapo Records acknowledge, with gratitude, the support of KODA Kultur and MPO