Even in its most expressive passages, the music of Peter Bruun (b. 1968) owns an innocence in tone that normally belongs to childhood; an innocence that is more common in folk music or pop songs, but one which Peter Bruun grafts on to chamber music by maintaining an intensity and energy of expression that few composers have at their disposal. This album presents four of Bruun’s most evocative chamber works in world premiere recordings by Danish Ensemble MidtVest. 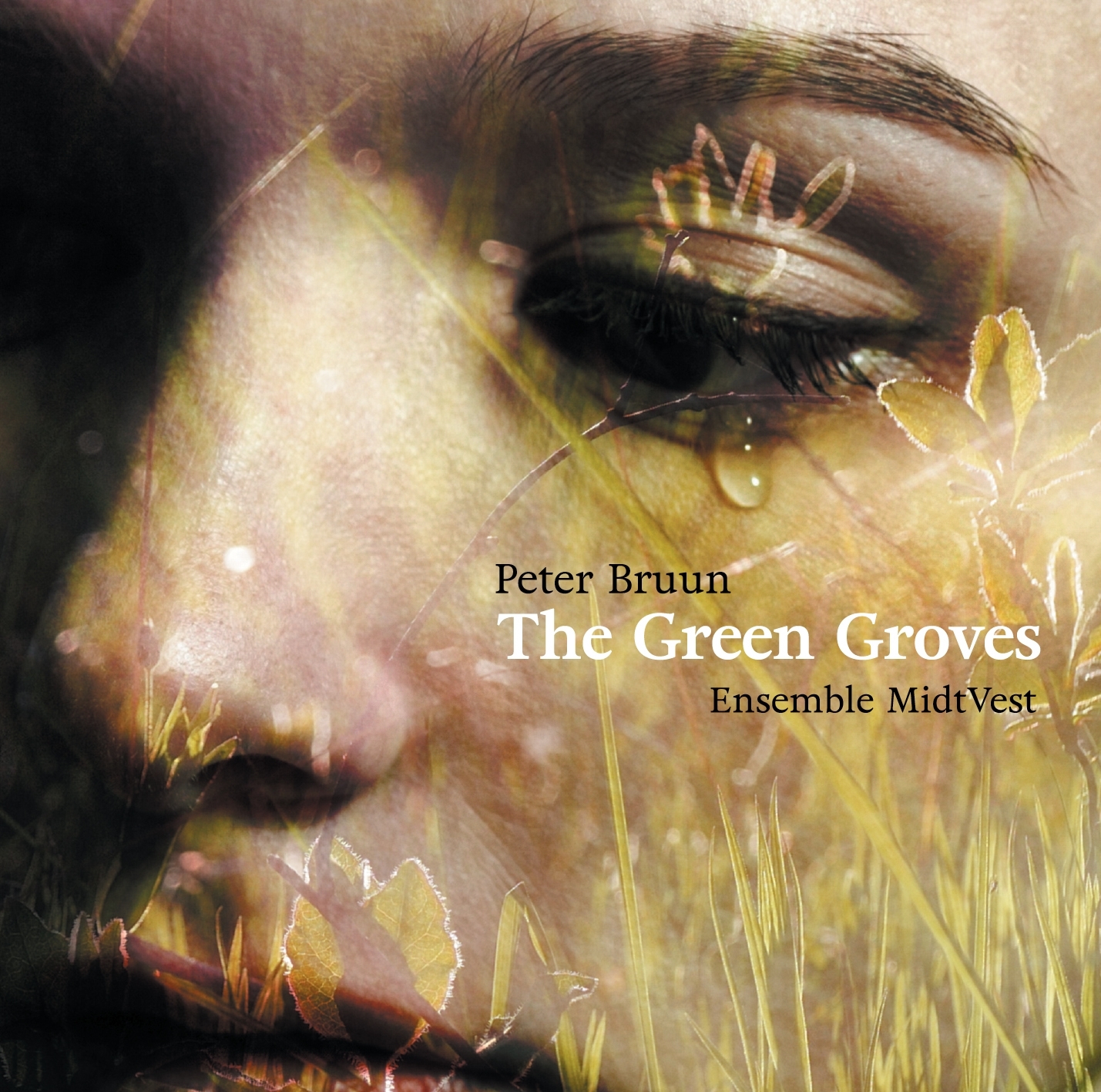 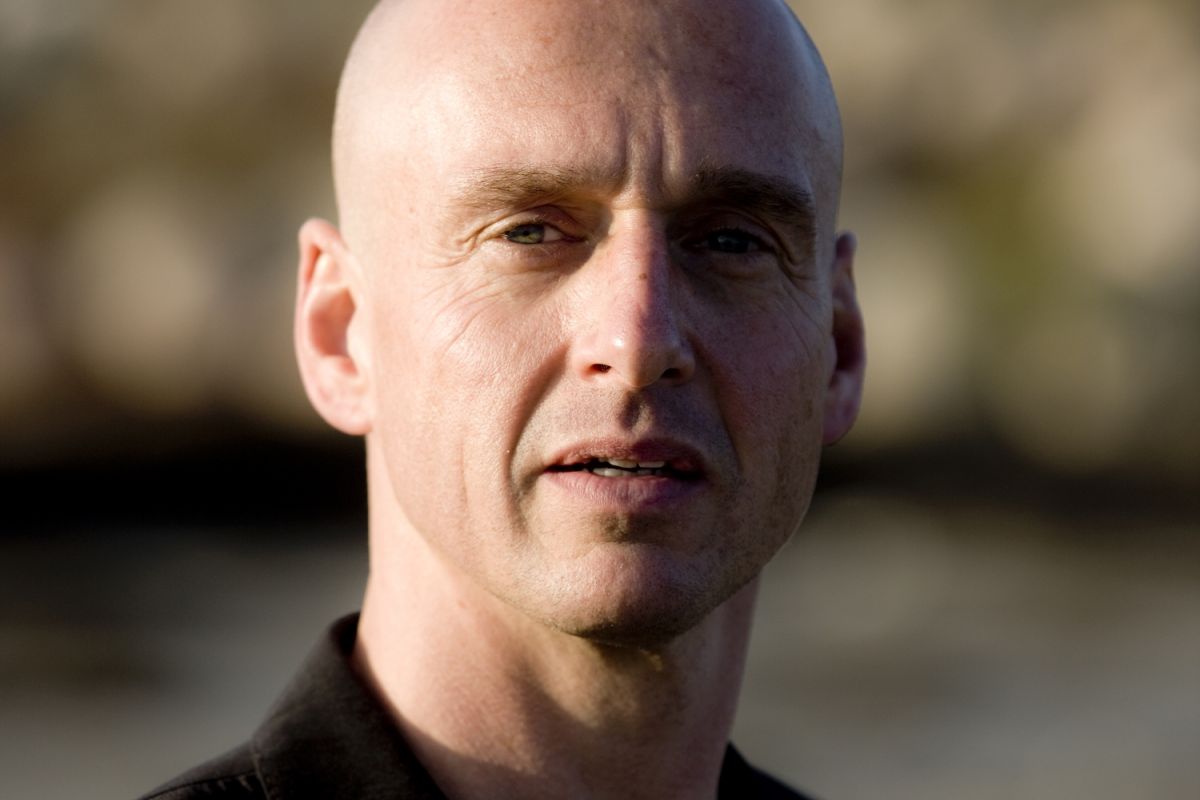 © Lars Skaaning
"Bruun sure knows how to write for vocal when it suits him"
Gregers Dirckinck-Holmfeld, GregersDH
"Throughout the recording, its members sound, collectively, as if they have acute awareness of all the music’s implications"
Andrew Mellor, SEISMOGRAF
"Contemporary chamber music is rarely as beautiful and exciting as these compositions by Peter Bruun"
Lars Geerdes, Flensborg Avis
SELECT PREFERRED FORMAT TO DOWNLOAD SINGLE TRACKS.

A flexible and pulsating rhythm, musical expression that is insistent to the point of aggression, and a wonderful wealth of melodic fragments are the three pillars of Peter Bruun’s chamber music as it is presented on this CD.

In Peter Bruun’s music the pulse and in-your-face attitude of rock merge quite unproblematically with an open, almost naive curiosity. This is a balance that is quite unique in Danish musical life, and Peter Bruun composes music that is immediately recognizable. His voice has a rare distinctiveness.

Peter Bruun, born in 1968, trained in composition with among others Niels Marthinsen, Karl Aage Rasmussen, Per Nørgård and Hans Abrahamsen.

In Denmark there are not many composers who have drawn their inspiration from American Minimalism, but Denmark has had its own version of minimalist mode: the New Simplicity from the 1960s and 1970s, in which the expression was pared to the bone and the expressive resources were used with measured care. Peter Bruun positions himself at an interesting point between these two currents of minimalist musical expression. The marked rhythmic drive from Minimalism is present in many places in Bruun’s works, and the crystalline purity of expression that the New Simplicity was able to achieve is also there.

On top of all this come the melodic fragments that land from all kinds of worlds, magical as well as real. Peter Bruun has composed operas and vocal music, and the special singability he is able to compose can also be found in the melodies of these works. Listen for example to the last third of The Black Waters and the whole of The Green Groves to find the melodies in full flow, but listen, too, for melodic fragments and small singable phrases in every single bar of these works for the little melodies throng there and live their own lush life.

Even in the most absurd and most expressive passages Peter Bruun’s music has an innocence in tone that normally belongs to childhood; an innocence bordering on the naive; an innocence that belongs to the world of the folk song and pop song, but which Peter Bruun grafts on to chamber music by maintaining an intensity and energy of expression that few have at their disposal.

The Danish archaeologist P.V. Glob launched a series of expeditions to the Persian Gulf, and with him on these expeditions came a number of other scholars, including the ethnomusicologist and composer Poul Rovsing Olsen. Peter Bruun was asked to write a piece of music in connection with a 50th-anniversary celebration for Glob and his expeditions as well as the publication of Rovsing Olsen’s work on traditional music from Bahrain. The piece became the quartet Pearls of Tears for piano, violin, viola and cello.

The composer says of the work: “Long before Bahrain became rich because of the oil, it was mainly known for its pearl fishing. The pearl thus plays a significant role in the Bahraini culture of today. ‘The tear’ is a recurring element in Arab poetry and I remembered a word I had come across in a song by Schumann, the word Perlentränentröpfchen (pearls of teardrops)”. I have always thought it was a fantastic word. Possibly, Schumann’s music has inspired me to compose this quartet – the sound of Arab music definitely has.”

All three movements of Pearls of Tears are based, like the other works on this CD, on repetitions and melodies, but there is a restlessness and a heat-shimmering atmosphere that is more characteristic of this work than the others. There are glitt­ering, bright piano chords and an almost jazzy feeling in the music – perhaps it is the experience of Bahrain that permeates the music.

The work, which was composed for Ensemble MidtVest, is like a folk song that has lost its way. The year before The Green Groves was composed, Peter Bruun wrote Three Folk Songs for which Ursula Andkjær Olsen wrote the texts. One of these new folk songs was called The Green Groves, and it is this song that forms the background for the ensemble work. One can almost read the action of the song out of the titles of the five movements:

A girl falls asleep in the green groves. She dreams of a bird that promises her riches and fame if she will give away her first-born. When she whispers ‘Yes’ she waked up and realizes she has lost the life that she already carries within her.

From the first chord the music is like a folk song that wakes up and shakes off the dust. But it is as if the simple, naive melody and the spacious string accompaniment that has such a feeling of folk music is quickly mixed with something else. The melody never disappears, but instead of the regular progression of verse after verse as in a traditional folk song, the music opens up to the girl’s story and lets us into the temp­ting and frightening dream universe that she experiences in the song. Once we are in there, there is no going back to the simple melody, although sometimes it seems dizzyingly close, even when the music is most violent.

Two of the works on the CD have a connection with the Danish composer Poul Rovsing Olsen, who lived from 1922 to 1982. Rovsing Olsen, besides being a pro­m­i­­nent composer, was also a musicologist and ethnomusicologist.

The Black Waters for string trio was composed in 2012 for Rovsing Olsen’s 90th birthday, commissioned by his widow, Louise Lerche-Lerchenborg.

A pearl-fishers’ song that Rovsing Olsen recorded in the island kingdom of Bah­rain in connection with his work as an ethnomusico­logist is included in The Black Waters and appears a good halfway through the work.

However, the main motif, and the melody that can be made out at the beginning of The Black Waters, come from a song cycle by Peter Bruun himself – three “folk songs” which he also composed in 2012 and for which the author Ursula Andkjær Olsen later wrote texts. One of them is called The Fairest Tree, and is about a girl who drowns herself, and it is from this song that the title of The Black Waters comes.

The tone of The Black Waters is sombre, but the constant energy also evokes a devil-may-care attitude that comes close to the characteristics of heavy rock; noise, darkness and lots of energy. The energy is succeeded by a rocking motif and another fine, Bruunesque melody.

Ensemble MidtVest’s cellist, Jonathan Slaatto, asked Peter Bruun to compose a work for him and the five winds in the ensemble. The result came in 2009, Big Bird and His Friends. Big Bird does not directly refer to the big yellow bird from the Ameri­can children’s programme Sesame Street, but as the composer puts it: “ ... I have always thought Jonathan is so ‘big and embracing’ when he plays. Physically he is a big man, and he is also an incredibly warm and calm person. And he radiates this size and warmth in his playing. So I thought about it as rather like a big friendly bird that calls the small birds to it and takes them in under its wings.”

The small birds follow the cello through thick and thin, but the differences in tone between a cello on one hand and five winds on the other mean that the small birds are also able to offer a sonic contrast – not just a swarming-together. In places the winds almost function as a pre-echo of the cello.

The three movements in the work are like three aspects of the same soundscape. The first movement dances eccentrically, and in the sad story of the second move­ment the winds lead the way and come together at a certain point with the melody of the cello. The third movement has the energy of the first movement, but is desperate in expression, and the melodic fragments struggle for a place in the winds while the cello pumps and creaks its way along.

Trine Boje Mortensen is the Promotion Manager at Edition Wilhelm Hansen and a music journalist specializing in contemporary music.