The 500 years that separate Renaissance master Johannes Ockeghem (c. 1410-97) and Danish composer Bent Sørensen (b. 1958) seem to disappear in this extraordinary Requiem which is a totality integrated both dramatically and musically; a work that unites the stylistic contrasts in a mode of expression that seems at once timeless and entirely present. The project has been initiated by conductor Paul Hillier and interpreted by his GRAMMY-winning ensemble Ars Nova Copenhagen. 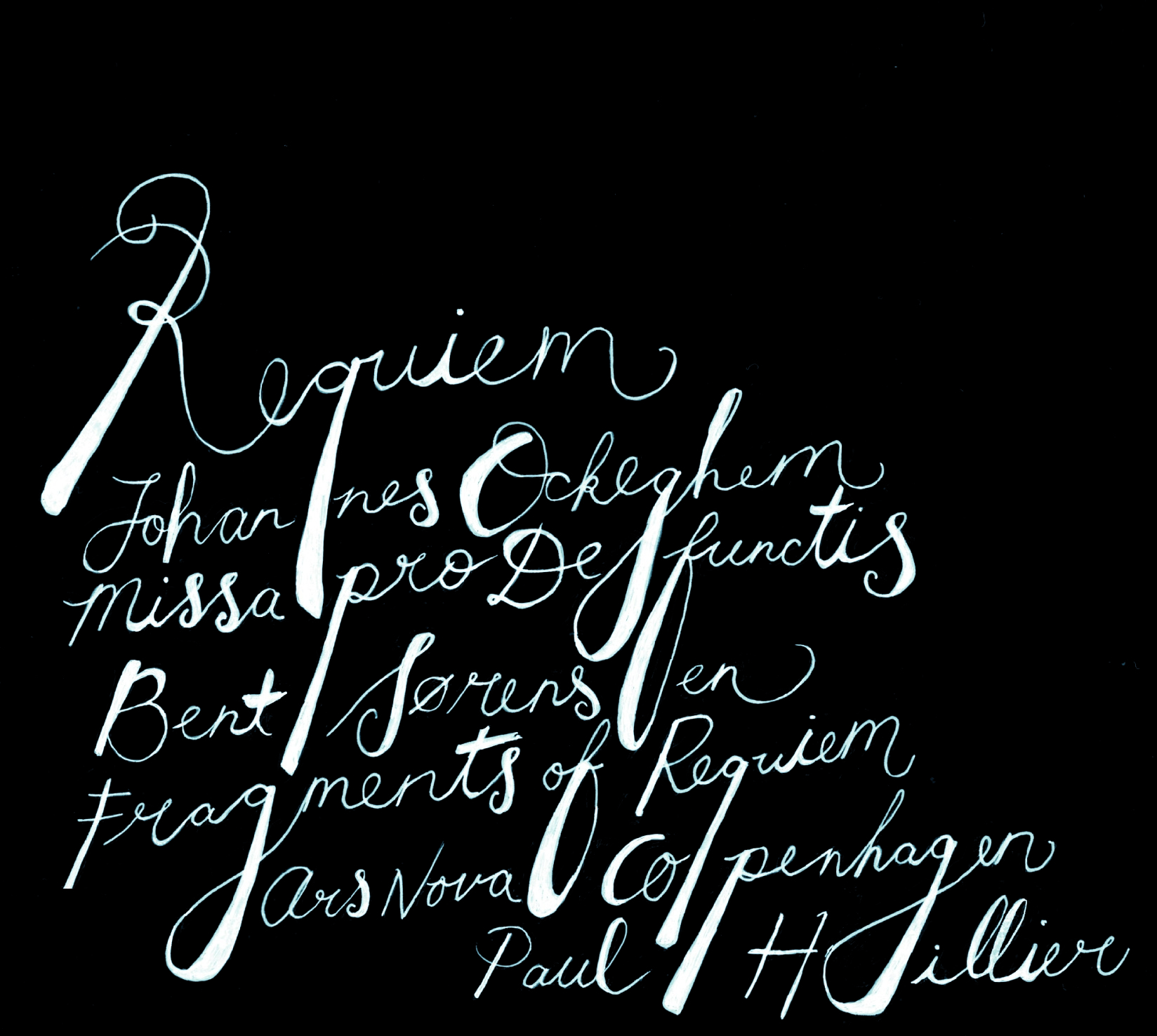 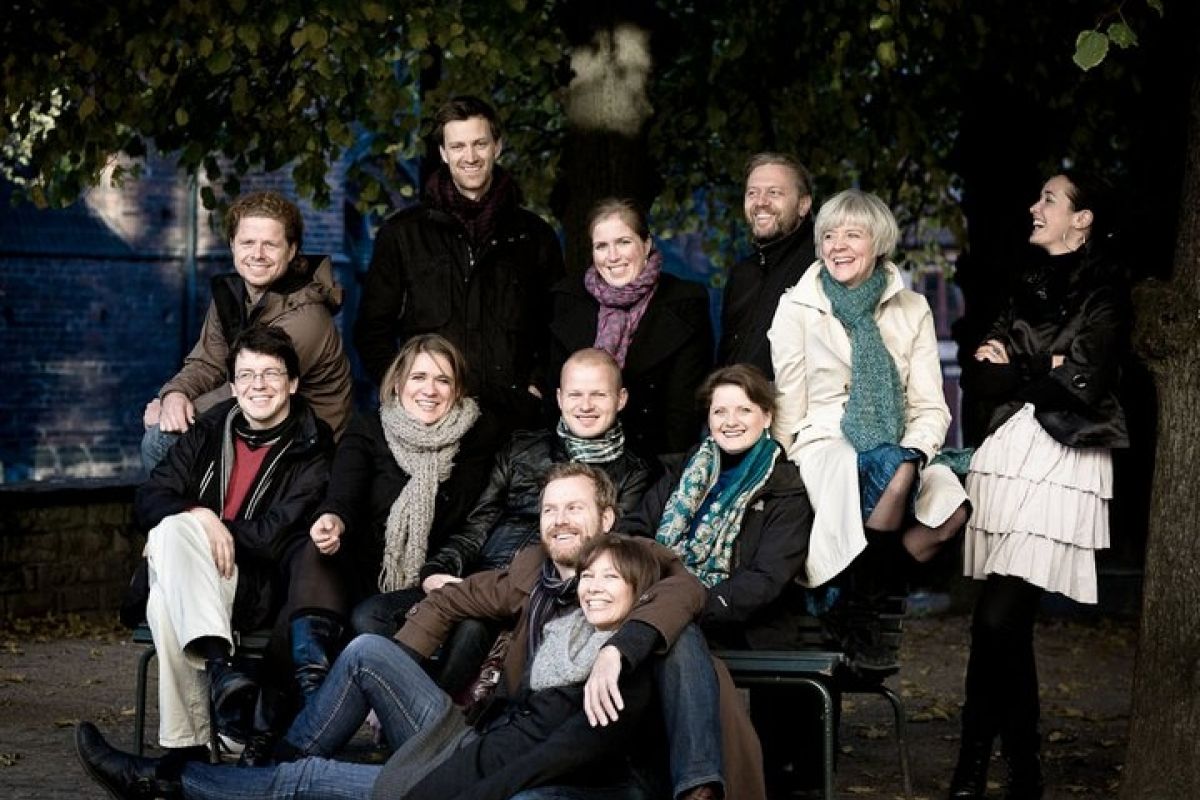 Bent Sørensen (b. 1958 in Borup, Zealand) began his musical development as a folk musician; only when he was 25 did he take the leap from self-taught to academy-trained composer. In 1983-87 he studied at the Royal Danish Academy of Music in Copenhagen with among others Ib Nørholm as his teacher, and in 1988-1990 he continued at the Royal Academy of Music in Århus with Karl Aage Rasmussen and Per Nørgård.

Already in his student years Bent Sørensen made an impact with the three string quartets Alman, Adieu and Angel's Music, which appeared on CD played by the English Arditti Quartet in 1990, the year before his official debut as a composer. This was a flying start to a career which in the intervening 20 years has taken Bent Sørensen just about as far as a Danish composer dares dream: winner of the Nordic Council's Music Prize, professor of composition at the Royal Danish Academy of Music in Copenhagen, an opera premiere at the Royal Danish Theatre, guest composer at prestigious international music festivals, and commissions from leading international ensembles are just some of the milestones his career has seen.

If this process has gone so quickly and well for Bent Sørensen, it is because already as an academy student he stepped out as a fully fledged, original composer. A number of works from the end of the 1980s and the beginning of the 1990s made a name for him nationally and internationally: besides the three string quartets mentioned, they are works for chamber ensemble such as Les Tuchins, Clairobscur, Shadowland or The Deserted Churchyards from the years 1986-90. In the 1990s they were joined by works for orchestra, choir and soloist like The Echoing Garden and The Bells of Vineta or the violin concerto Sterbende Gärten, which won the Nordic Council's Music Prize.

Common to these works is the way they point forward stylistically, by virtue of a personal appropriation of the devices of modern music, while at the same time pointing back through a fascination with the past or the forgotten which often already comes to expression in the titles of the works. Bent Sørensen seeks inspiration in the culture from which he comes: in an abandoned churchyard or in a dying garden; in Selma Lagerlöf's description of the city of Vineta, which emerges from the sea once every year and vanishes again.

A major work that both rounds off this period and points forward to the new millennium is Seven Longings, which combines seven works composed between 1989 and 2001 for a concerto in 22 movements\. Here Bent Sørensen creates a totality from older instrumental works such as the piano piece The Masque of the Red Death from 1989 or the violin solo The Lady of Shalott from 1993 and more recent vocal works that anticipated the opera Under the Sky from 2003. Each of the seven works has its own individuality, but they are united by a dramaturgy that makes it all into a synthesis of monodrama and instrumental theatre.

The longing to create a totality out of new and old, of unknown and familiar, can already be detected in Bent Sørensen's early works. It has been fulfilled in the early 2000s with works like Seven Longings and Requiem. And it still acts as a driving force in his search for new modes of expression.

After the encounter with the traditional (and tradition-burdened) opera house in the premiere of Under the Sky at the Royal Danish Theatre in 2004, Bent Sørensen and his librettist Peter Asmussen continued to collaborate on new forms of music theatre in Sounds Like You for actors and orchestra, which was premiered during the Bergen Festival in 2009. And in 2011, at the festival in Huddersfield and the SPOR festival in Aarhus, this was followed by Saudades Inocentes [Innocent Longings] for three male voices, guitar, accordion and \\a landscape of loudspeakers\\. Here, in installation form, Bent Sørensen and the museum curator Anna Berit Asp Christensen depict three ages of man and the \\innocent longing for an impossible fusion - not necessarily with another human being, but as the impossibility of becoming fused with existence - oneself - and thus becoming a whole human being.\\

2011 was also the year when Bent Sørensen, after ten years as a professor of composition, left the Royal Danish Academy of Music. But hardly to enjoy a long retirement as a professor emeritus. New inspirations, from among other sources South American music, and new projects now take up all his time.

Requiem in time and space

\\My work with the Requiem recently has ... primarily consisted of getting Bent Sørensen - the 1985 version - and Ockeghem to coalesce in 2007.\\

This was how the composer Bent Sørensen characterized the task with which the conductor Paul Hillier confronted him when he got him to create a totality out of the requiem mass that Johannes Ockeghem composed in the latter half of the fifteenth century and some requiem movements he had himself com-posed between 1985 and 2005. The task was both stylistic and dramatic, for a requiem is not just a work of art; it is also the setting for and the high points of a liturgical rite which for most people has an especially emotional, elevated atmosphere: the funeral where you take your leave of someone, and where the emotions come crowding in when the priest is silent and the music speaks.

Bent Sørensen is highly aware of the dramaturgy in his work. He begins with the responsorium Memento mei Deus (track 1, composed in 2007) as a prelude where the choir antiphonically invokes the Lord \\from the depths\\ while the coffin stands before the altar. Then the actual church service begins with Ockeghem's two movements: the Introit, whose first word, Requiem [rest] has given its name to the whole Mass (track 2), and the Kyrie (track 3). Ockeghem's movements are more than 500 years old, but one can still, with the Roman church's \\hymn book\\, the Graduale Romanum in one's hand, recognize the melodies that he ornaments in his movements.

After the invocations of the Kyrie, Ockeghem continues the liturgical order with the movements Graduale and Tractus. But Bent Sørensen interrupts him and inserts the sequence Dies Irae before the Graduale. The Dies Irae was not part of the service in Ockeghem's time, but since the time of Mozart, Berlioz and Verdi it has become an indispensable part of a requiem mass. For Bent Sørensen it is a central element in the totality, and the depiction of Judgement Day is the climax of the drama. He chooses two passages from the middle and the end of the text: Recordare pie Jesu (track 4, composed in 2002), which commemorates the death of Christ on the cross, and Lacrimosa dies illa (track 5, composed in 1985), which conjures up Judgement Day, the perdition of sinners and the salvation of the just. The two movements begin with and are linked by the appropriate texts and melodies from the Gregorian Mass.

Then we return to Ockeghem and his time with the movements Graduale (track 6) and Tractus (track 7). Here Ockeghem follows plainchant melodies that are no longer used for the requiem mass; for example, his Tractus is a setting of the psalm Sicut cervus, which is now sung at christenings - and in the Danish national church for example at Royal weddings. This is why the beginning may sound familiar.

Ockeghem continues with the music of the Collect, the Offertorium, but again Bent Sørensen puts artistic considerations above liturgical ones. He wants to create cohesion, and does so with the newly composed Sanctus (track 8, composed in 2007) and Benedictus (track 9, composed in 2005), which leads into the Eucharist hymn Agnus Dei (Lamb of God), sung in the Gregorian version from the Roman requiem mass of our own time (track 10). Only after the Agnus Dei can Ockeghem end his part of the service with the Offertory (track 11). And Bent Sørensen can round it all off with the forgiveness of sins, In Paradisum (track 12, composed in 2002), which accompanies the coffin and procession out of the church.

It is not sacred music in the liturgical sense that Bent Sørensen has created with his welding-together of Ockeghem's and his own works. Nor, however, is it a collage of isolated movements. Ockeghem's and Sørensen's requiem is an integrated process where each element has its strategic position in a plot with a beginning, a middle and an end.
This requires a musical linkage between the movements that can overcome the stylistic distance inevitably created by the interval of 500 years between Ockeghem and Sørensen. In a few words, the distance can be described as a development from melody to sonority. Ockeghem's movements are first and foremost melodic, born of the Gregorian melodies which are ornamented and supplemented with new counter-voices. The sonority takes second place as an alternation between light and dark voices which are often combined to round off passages of text.

The music that Bent Sørensen had composed before the requiem project - that is, the movements Recordare (2002), Lacrimosa (1985) and In Paradisum (2002) - is on the other hand sonority-oriented, with cluster-like chordal affects that are thinned out, recondensed and break like waves against one another. His melodies arise rather as the result of the sonorities than as the basis for them.

The factor common to these opposite poles is the monophonic Gregorian chant that Bent Sørensen interpolates in the central sequence (track 4) and in the Agnus Dei movement (track 10). It is as if Bent Sørensen imagines the Gregorian chant sung in a space with endless reverberations. The notes remain hanging in the space and gather into clusters of sound. This becomes clear in the introductory Gregorian melody Rex tremendae (track 4 from the beginning): towards the transition to the polyphonic movement it branches out into a polyphony that merges with the subsequent richly sonorous Recordare movement from 1985 (track 4, 0'17\\ - 0'37\\). And at the end of the Recordare movement the succeeding Gregorian Juste judex sets in while the choir is still singing the last word of the Recordare (track 4, 3'45\\ - 3'55\\). Here sonority is thinned out into melody

The newly composed Responsorium (track 1) with a text from the monastic liturgy already prepares us for this seamless transition from melody to sonority. The monks sing the text in two parts in broad melodic phrases, while the high voices come in like columns of sound along the way. And Bent Sørensen illustrates the connection between melody, space and sonority in the second newly composed movement of the work, the Sanctus (track 8), which \\is to function as motion, such that the choir can physically move out in a circle around the audience. The individual singers bring the notes with them out into the space; a single note is moved by a single singer from one place to another.\\
\\I hardly walk, yet seem to move apace,\\ says Parsifal in Wagner's opera. \\Thou see'st, my son, here time is turned to space ,\\ Gurnemanz answers him.

As with Wagner, time is turned to space in Bent Sørensen's and Johannes Ockeghem's requiem. The 500 years that separate the two composers disappear into a space spanned by melos and sonority. This is why Bent Sørensen's and Johannes Ockeghem's Requiem is a totality integrated both dramatically and musically; a totality that stylistically ranges over more than a thousand years from Gregorian chant through the Parisian requiem of the end of the fifteenth century to the interpretation of the traditional texts in the 21st century; and a work that unites the stylistic contrasts in a mode of expression that seems at once timeless and entirely present.

Jens Brincker is a former Associate Professor of Musicology, University of Copenhagen.

(Bent Sørensen is quoted from the introduction to the Requiem in the programme of the Sound Around festival, 2007).