As a pianist, conductor and composer, Ole Schmidt (1928-2010) was one of the great polymaths of the Nordic musical world. His music was influenced by Bartók, Stravinsky and the French school and is underpinned by a certain Nordic clarity. It combines rhythmic energy, high concentration, elemental expressivity and deadpan humour. Schmidt's experience on the podium gave him an inside track on the working of the orchestra, and his pragmatism and refinement are evident in his larger scores, including the three momentous concertos on this album. 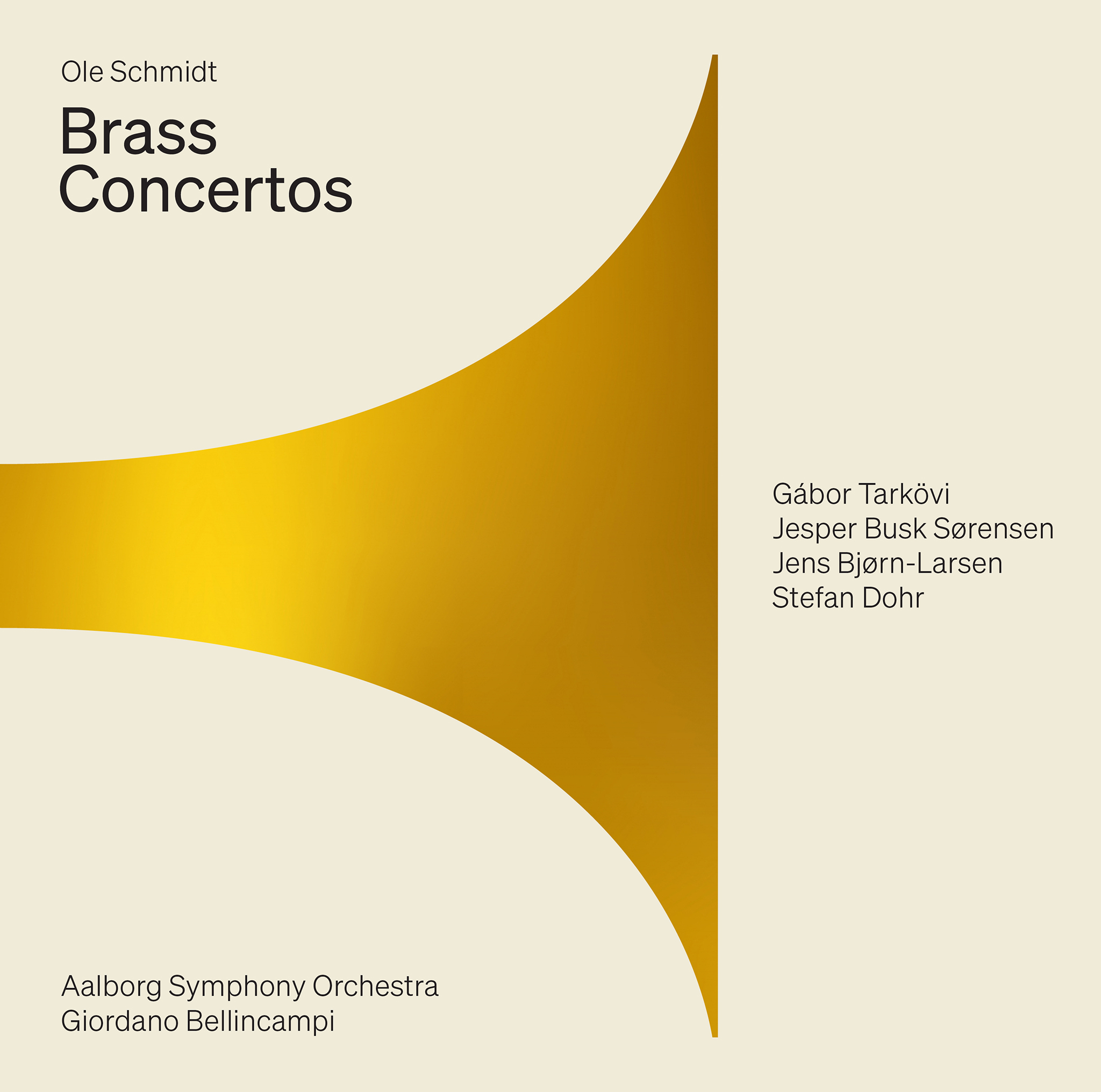 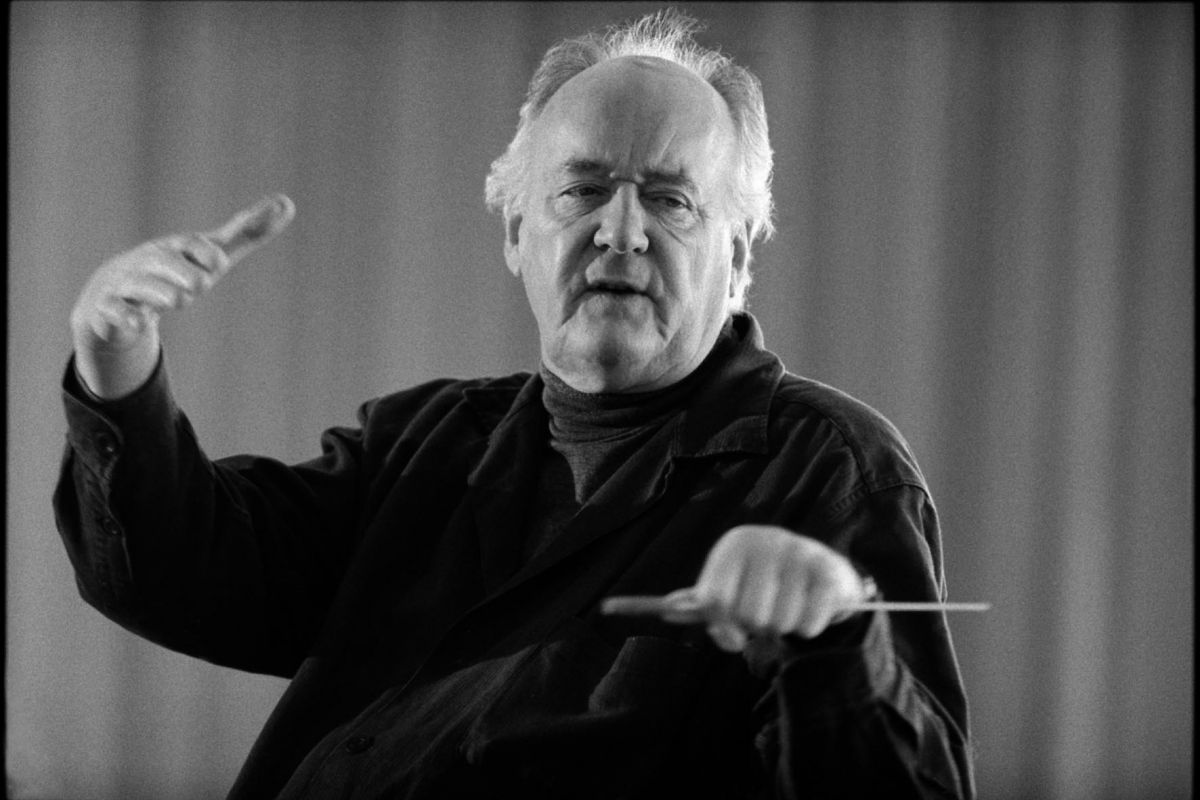 Ole Schmidt was one of Nordic music’s great polymaths, and one of the first Danish musicians to pursue a conducting career outside the country. His pioneering recordings of Carl Nielsen’s symphonies made with the London Symphony Orchestra in the early 1970s have often obscured his huge musical versatility, which ranged from work as a jazz pianist to the writing of music for stage and screen.

Schmidt studied piano, conducting and composition at the Royal Danish Academy of Music in Copenhagen where his teachers included Vagn Holmboe, Finn Høffding and Niels Viggo Bentzon. Shortly after his official debuts as composer and conductor in 1955 his dance work Feber (‘Fever’) was staged at the Royal Danish Ballet, leading to a six-year contract as the company’s resident conductor from 1959.

Schmidt was later chief conductor of the Hamburg Symphony Orchestra, and the Aarhus Symphony Orchestra and associated with the Danish National Chamber Orchestra. He also served as permanent guest conductor at the Royal Northern College of Music in Manchester and principal guest conductor of the Toledo Symphony in Ohio. In Denmark, he championed the music of Bentzon, Karl Aage Rasmussen and others and conducted the first public performance of Rued Langgaard’s apocalyptic opera Antikrist, subsequently issued on record by EMI.

Ole Schmidt was a man of considerable physical presence whose strength of personality and fiery rehearsal room temperament often overstepped codes of conduct in restrained Scandinavia. His outspokenness on matters of cultural politics, together with his sharp wit, made him as many enemies as friends. His music was just as unbuttoned. Influenced by Bartók, Stravinsky and the French school and underpinned by a certain Nordic clarity, it combines rhythmic energy, high concentration, elemental expressivity and deadpan humour.

Schmidt studied conducting with Sergiu Celibidache and Rafael Kubelík. His experience on the podium gave him the inside track on the working of the orchestra, bringing refinement and pragmatism to his larger scores while equipping him with the ability to write quickly. Foreshadowing the career of the Finnish composer Kalevi Aho, Schmidt relished the opportunity to write concertante works for instruments not used to appearing in such context – in addition to the works included here, his oeuvre includes concertos for guitar, accordion and flute. His circa 200 completed works also include notable ballet scores and string quartets, as well as silent film soundtracks, choral works and miscellaneous symphonic and chamber works.

The title page of Schmidt’s Pièce Concertante, Op. 19 (1964), labels a score ‘for trumpet and trombone, strings, harp, percussion and celeste.’ The parallels with Bartók’s seminal Music for Strings, Percussion and Celeste (1936) are obvious not only in the work’s scoring and textures but also in its nervous, flexible rhythmic disposition.

Schmidt’s experience in jazz may well have informed his decision to place a trumpet and trombone in the foreground of the piece. In reality, the entire ensemble is one of soloists, with a bustling concerto grosso atmosphere to the score and a consistent good humour that recalls the work of Knudåge Riisager – perhaps the most French-influenced of all Danish composers of the mid-twentieth century. The sharpness of the ensemble piano underscores Schmidt’s light-footed gameplay and rhythmic drive.

Ole Schmidt exploits the contrast in register and character that exists between his two brass soloists, but manages to bind them tightly together at the same time as they present and develop the same musical material. Sometimes they sound as one; sometimes they are locked in garrulous conversation, finishing one another’s sentences or hocketing a melody like a tennis ball rallied between two players. Towards the end of the piece they dance a grand cadenza together, prefacing a coda that moves from guarded mystery to an exuberant flourish.

Schmidt was determined to provide substantial concerto scores for soloists whose instruments had hitherto been overlooked by the repertoire. His Concerto for Tuba and Orchestra (1975) was dedicated to the Swedish tuba player Michael Lind, who premiered it in 1975, two years before he became the princpal tuba player of the Royal Stockholm Philharmonic Orchestra.

Having conducted hundreds of orchestral scores, Schmidt knew how the tuba had been used – and misused – by other composers. In this concerto, he was determined to explore its full expressive and technical capabilities. The soloist is asked to dispatch rapid runs and intricate patterns to prove their agility, while also indulging the tuba’s more characteristically haunting, heavy lyricism. Schmidt, however, never forces the instrument to be something it isn’t.

With its unorthodox scoring of winds and only low strings, his concerto could be said to reside in the same shadows as its solo instrument. A sense of the Noir hangs over its confrontational chase-down of an opening movement egged on by a snare drum, its contemplative slow movement trading in glassy nocturnal harmonies and traced counterpoint, and even its brittle and coy final Allegro giusto in which a three-in-a-bar metre is skewed by displacing accents.

Schmidt achieves that by treating his solo insturment as one of subtlety rather than lumbering obviousness. It plays a philosophical cadenza in the first movement, prefaced by an altitudinous solo flute, and in the second movement climbs high with its touching melody and joins solo cello and bassoons in respectful duets. With triple-tonguing and glissando techiques, its last word is jocular.

Schmidt’s Concerto for Horn and Chamber Orchestra (1966) falls neatly into two halves: the first movement marked Largo is by turns mournful and tensile; the second, marked Allegro giusto, is mobile and intrigue-fuelled. The score opens with an imposing monologue for the soloist, its broad spread spiked by stinging chromatic notes. This soon gives way to a funereal-style procession over which the concerto’s first subject is laid by the horn.

Later in the movement, pitch-bending timpani notes coax soloist and orchestra into an intense stand-off which sees the first subject wrenched to pieces by the ensemble. Playing a miniature cadenza recalling the broad tessitura of its opening monologue, the horn at last appears to let some light and air in to the music before the funereal strings return it to darkness.

The formidable atmosphere is punctuated, if not broken, by the percussive orchestra’s introduction to the second movement. Gradually, this bustling music sheds the darkness of that which went before, preparing the ground for the arrival of a horn in rather better spirits. The orchestra tracks the horn’s melodic material like a shadow – a classic Schmidt technique – generating ever more exuberance and energy until it can muster no more.

A meditative horn solo, with hand-stopped mirror responses like resounding echoes, sees the soloist muster again, with the orchestra’s help, for an energetic solo cadenza that includes references to both the first and second subjects as well as braying glissandos and ominous, repeated falling semitones. A celebratory, almost victorious rendition of the main theme, with the orchestra in full support, appears to banish dark thoughts once and for all.