Thomas Sandberg, Athelas Sinfonietta, Morten Ryelund
On This Planet is a journey through life from birth to death. But it is no ordinary journey. It has been set to text and music by the composer Anders Nordentoft, it is performed by the musician Thomas Sandberg; on stage Martin Tulinius has created a quite special unity of video, computer graphics, sound and light - just as the music mixes different genres. Anders Nordentoft's past as a rock musician is combined with his classical training in a brand new musical universe where the concept of crossover is no longer adequate as a label. On This Planet is a new artistic idiom.

Thomas Sandberg, well known in Danish musical life as an unusual mixture of performance artist, percussionist, clown and sound artist, was exactly what Anders Nordentoft needed in the summer of 2000 when he initiated what was later to become On This Planet. At first it was two songs; later the number grew to six, which have been collected for a proper production with its premiere in November 2002. Thomas Sandberg and Athelas Sinfonietta Copenhagen together create a symbiosis of the human voice and instrumental sound where texts by Anders Nordentoft and the poet Derek Walcott meet. Anders Nordentoft's ‘life story' emerges from the darkness. He has ben inspired by the painter Kurt Trampedach and his interest in shamanism – ecstatic communication between this world and the supernatural world. With On This Planet we enter the same universe as Twin Peaks and Lars von Trier's The Kingdom, where anything can happen and nothing is what it seems. This suspense-filled universe is given musical nerve by Anders Nordentoft in a mixture of rock, jazz, blues and modern composition music. There are no borders On This Planet. Anything can happen.
Buy album 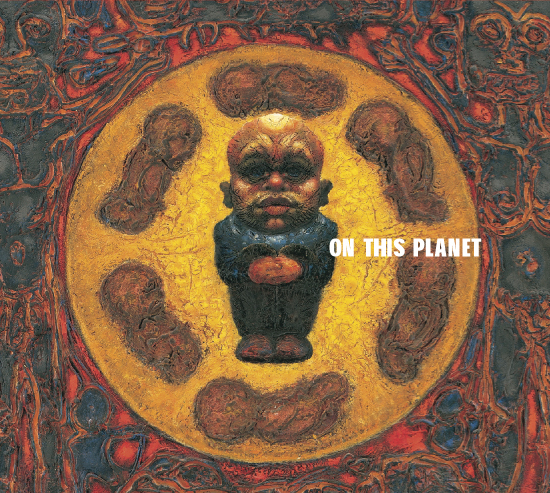