Anne-Lise Berntsen, Toke Lund Christiansen, Aalborg Symphony Orchestra, Owain Arwel Hughes
Erik Norby trained as a composer in the 1960s with Per Nørgård and has since then taught theory at the Danish music academies. His music is unlike that of most of his Danish contemporaries. Norby has rejected his earlier serialist works in favour of his later unashamedly programmatic compositions, for example the evocative symphonic poem Regnbueslangen, which is performed regularly. Erik Norby is one of the most striking song composers of his age, and writing for the voice has always been one of his prime concerns, in which he can combine his melodic talent with poetic instincts and sensitivity to detail.
Buy album
Download 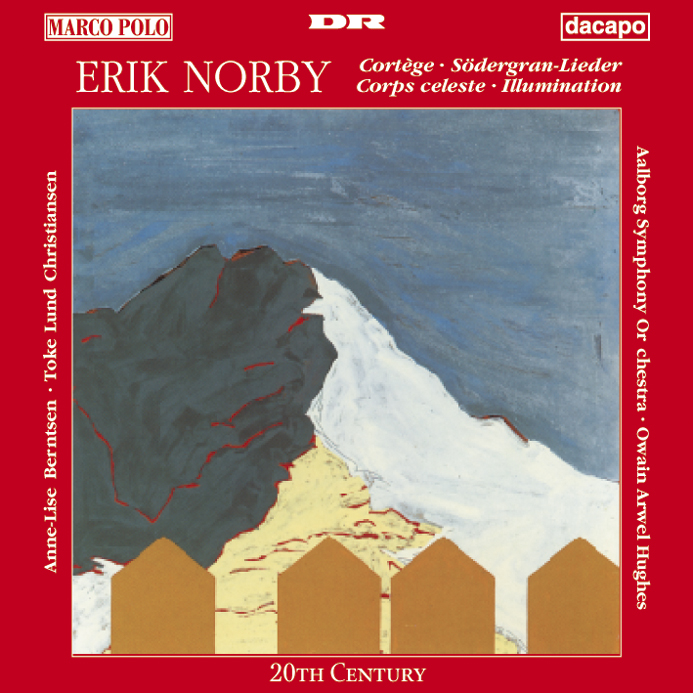