The music of Ole Buck (b. 1945) is simple and beauty-seeking, sophisticated and surprising on its own terms. In some works he will make do with as few as five notes, but the composer’s incomparable sense of timing ensures that the listener never feels the need for more. This album presents premiere recordings of four of Buck’s works, of which three are inspired by nature: Fiori di ghiaccio (‘Ice Flowers’), A Tree and Flower Ornament Music – all recorded by Athelas Sinfonietta Copenhagen and conductor Jesper Nordin. 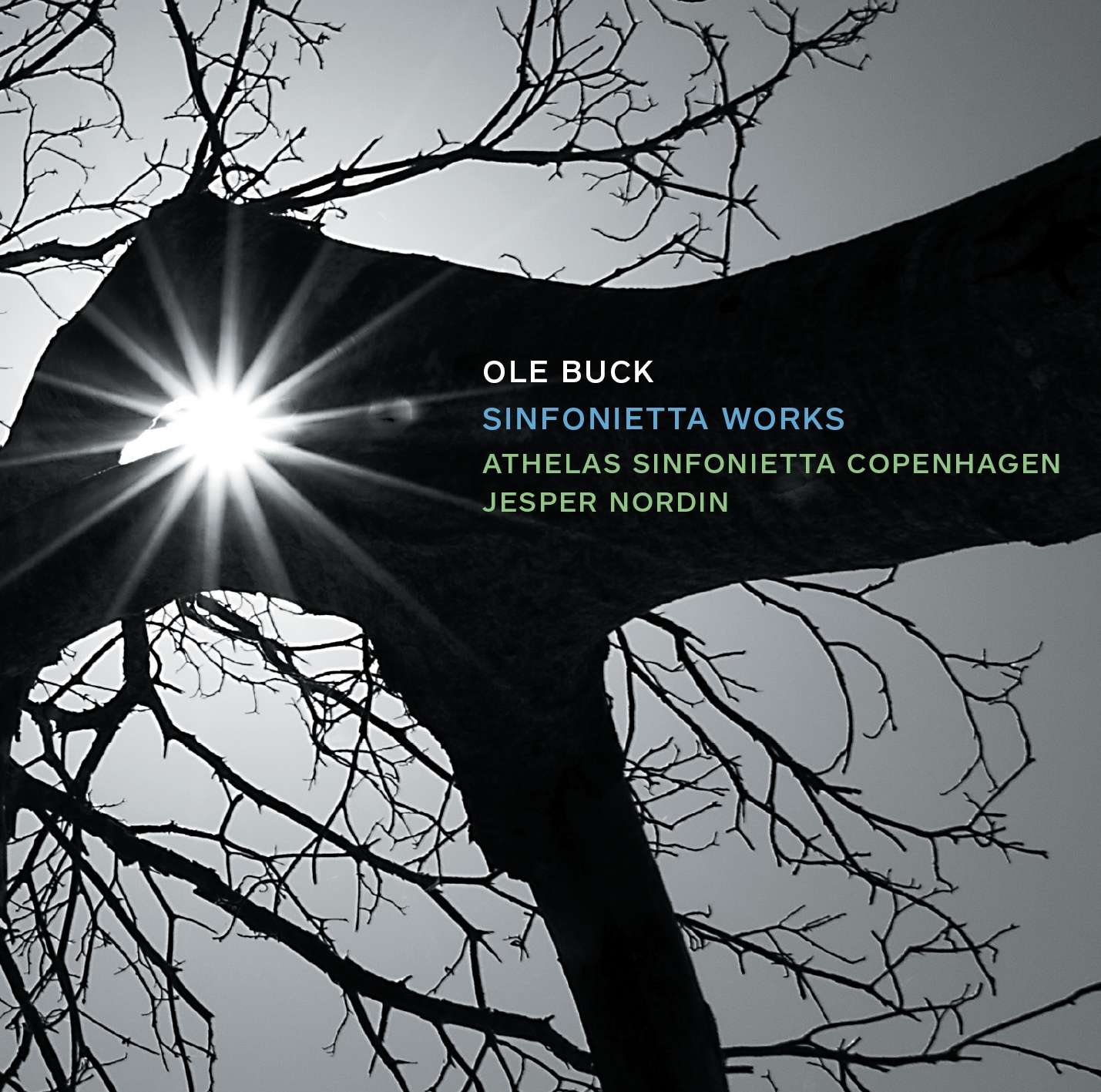 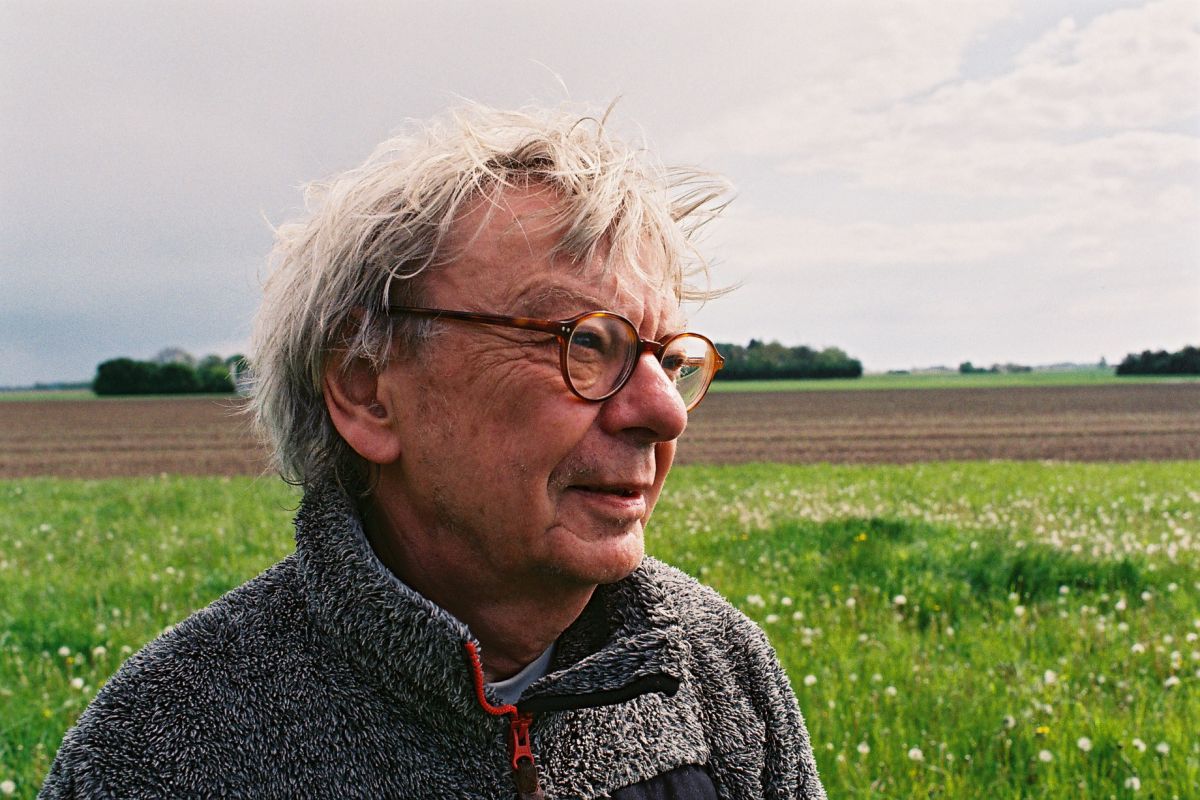 When the composer Ole Buck turned 70 in February 2015, he was celebrated in two concerts given by Athelas Sinfonietta Copenhagen. The concerts were played to full houses; but this was not because Ole Buck is famous – he is rather one of the best kept secrets in Danish music. The sudden crowd was perhaps more due to the fact that one does not so often have the chance to hear Ole Buck’s music; people may often hear about it, now they wanted to hear it for themselves.

And so they did – audience and musicians were captivated by Ole Buck’s music, which in its way is simple and beauty-seeking, yet sophisticated and surpri­sing on its own terms. His composer colleagues around the age of 40 who attended the concert were rather shaken – this was music which in all its direct simplicity reminded them of what they were looking for, as one of them said after the concert.

Ole Buck in fact came into focus early with his work. His music for Flemming Flindt’s ballet Felix Luna at the Royal Danish Theatre in 1973 has more or less achieved the status of a succès de scandale, and his Summer Trio from 1968 amiably and precisely questioned the whole modernist project with its simple repea­ted figures and small scale runs – in a way like Mozart, but in a different language and in a different time: now it was to be called ‘New Simplicity’.

Since Ole Buck moved far out into the countryside at the end of the 1980s, a sense of calm and a different kind of simplicity have appeared in his music. Many works use only five notes, although one does not miss having more, for he has refined one of his special characteristics: timing! Ole Buck is a true master of only making something happen in the music when it is necessary, and not a second before. Precisely at the instant when it is necessary, something new happens in the music.

Fiori di ghiaccio (1999)
The piece was written as a tribute to one of the composers Ole Buck has often mentioned, the Italian Niccolò Castiglioni (who died in 1996), even though the music in no way recalls that of Castiglioni. The work starts off with a dream in which Ole Buck dreams that he draws the curtains from the window and is con­fronted by a landscape all covered in ice and snow. He says himself that it snows all through the piece. Only when he gives it the title does he discover that it is loan from Castiglioni’s work Inverno in-ver. There is a clear tonality in the initial alternation between B flat major and D minor, and the sense of cold and beautiful ice-flowers is maintained throughout the piece, which at no point emerges out of its winter mood. At the same time the piece heralds the major work with another flower title, Flower Ornament Music.

Few other Danish composers have as many works as Ole Buck with titles that refer directly to nature, the seasons and the landscape. His sense of nature is one of the things that sounds constantly through the works.

And so it is with this work with the simple title – A Tree – where the inspira­tion is a meditation about the tree as concept and symbol. The tree develops through growth, it is modern and rooted at the same time. In Ole Buck’s own words: “The roots are the tradition, the outermost branches are the modern, and more at that. Where one has one’s roots one begins in the tonal. The trunk is where the growth / development takes place – where one rises up mentally – and the branches and twigs are all the new ideas and the works. The fruits are enlightenment and insight.”

About 3/7 of the way into the work a sudden small ‘explosion’ comes – this is the growth impulse, the light of Spring which starts a new process for the tree – and the music. In this work too the ending seems to bear within it a seed of the next work, a tendency Ole Buck has often observed in himself: “Here it ends, then, but many of my pieces seem to be the first part of a work that could continue in a new movement that takes its cue from the first.”

Ole Buck’s works are rarely decidedly descriptive, although the titles might suggest so. The visual imagery arises more by virtue of the state one enters into as a listener. But in this work there are nevertheless quite specific images as a starting point for the music, even though the composer does not impose these images on us. The work [untitled] was commissioned by the Danish Chamber Players as one of several works, each of which was to describe a picture in the local art museum. With his work Ole Buck – like good old Mussorgsky – describes the whole tour of the muse­um from picture to picture and the various impressions and expressions that belong to each picture. Although it is the most recent work on the CD, Ole Buck harks back here to an earlier way of writing where one presents a series of striking elements that are put together in changing patterns and are thus constantly transformed along with our impression of them.

The work [untitled] has its title from the fact that in many museums one may encounter pictures that have no title – it is perhaps these untitled pictures that are conjured up in this museum visit.

This major work was originally intended as a small grateful vignette for an American ensemble which had performed one of Ole Buck’s works in New York in 1999. But the little flute solo which was the original intention was somehow unable to come to an end in the composer’s mind. As soon as the piece had been sent off, a new rounding-off came to mind in which the instruments entered little by little. Once that had been written, a new idea arose and, as Buck himself has described earlier, it was as if in each ending there lay the beginning of the next section. What should have been a small vignette almost wrote itself and became a piece over 20 minutes long that took its title from the word avatamsaka, Sanskrit for flower ornament music.

In this piece Ole Buck’s inspiration from Zen and Buddhism is clear without being an example of cultural appropriation. The piece takes the necessary time and proceeds through a series of landscapes and moods, constantly changing in the detail and with subtle nuances in the instrumentation – ending at last with a rare, true example of imagery which Ole Buck himself describes as follows:

“In the end I decided to end with something festive, like a procession of monks in orange and ruby-red habits, and thus it ended with thundering drums. And right at the end, a dissonant trumpet sound. For after all it is not yet over, another proces­sion of monks can be glimpsed in the distance, this time even more festive and dancing towards us. But here my piece ends and the musicians must leave the orchestra.”