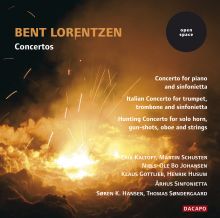 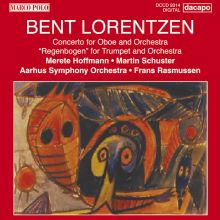 Martin Schuster was born in Copenhagen in 1956. He began to play the trumpet at the age of 10 and entered the Royal Danish Academy of Music in 1974. Four years later, before he had even graduated from the Academy, he won the position as solo trumpet in the Aarhus Symphony Orchestra. Since 1980 he has also taught at the Royal Academy of Music in Århus. In 1980 Martin Schuster was awarded the Jacob Gade Prize, which was spent on studies with Vincent Cichowicz, the former principal trumpet of the Chicago Symphony Orchestra. In 1984 he was 2nd prize winner in the International Music Competition in Budapest. Martin Schuster is first trumpet in Århus Brass Quintet (cd-recordings for PAULA) and founder of the Århus Baroque Ensemble.

He has performed as a soloist in Norway, Island, Russia and Italy, and with all the Danish regional orchestras. In 1992 Martin Schuster premiered and recorded Bent Lorentzen’s Regenbogen with the Aarhus
Symphony Orchestra. With the trombonist Niels-Ole Bo Johansen and the pianist Erik
Kaltoft Martin Schuster has formed Trio 2+1, which has specialized in performances of contemporary music.