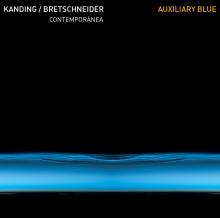 Composer Ejnar Kanding is internationally known for his unique colourful sound, where the electronic and acoustic are united in complex textures, physical energy and delicate simplicity. To him, music should not embellish, but be a realm of fantasy. A journey into the ambiguous - a hall of mirrors. Kanding originally got his degree in composition and musical theory at The Royal Danish Academy of Music in Copenhagen in 1993, followed by studies at IRCAM in Paris and with Professor Lev Koblyakov in Jerusalem in 1994 and 95, but has since his debut concert in 1996 specialized himself in composing music for computer and instruments. This has led to an extensive use of the software MaxMSP in the development of his works and as an instrument in live performances.

Also Kanding's role as artistic leader of the ensemble Contemporánea has made it possible for audiences to experience his music at very diverse platforms such as the nightclub Nice T, Buenos Aires; an outdoor concert on the Andes Mountains, Bogotá; in David Lang's flat (NYC), that has a scene for intimate performances, jazz club Blå, Oslo; night club Rust, Copenhagen and in the raw cement construction of the Danish Broadcasting Corporation's new radio house, when only the building's supporting parts were finished. The physical frames of the music have been prioritised, just like the performances' content has been thought through holistically.