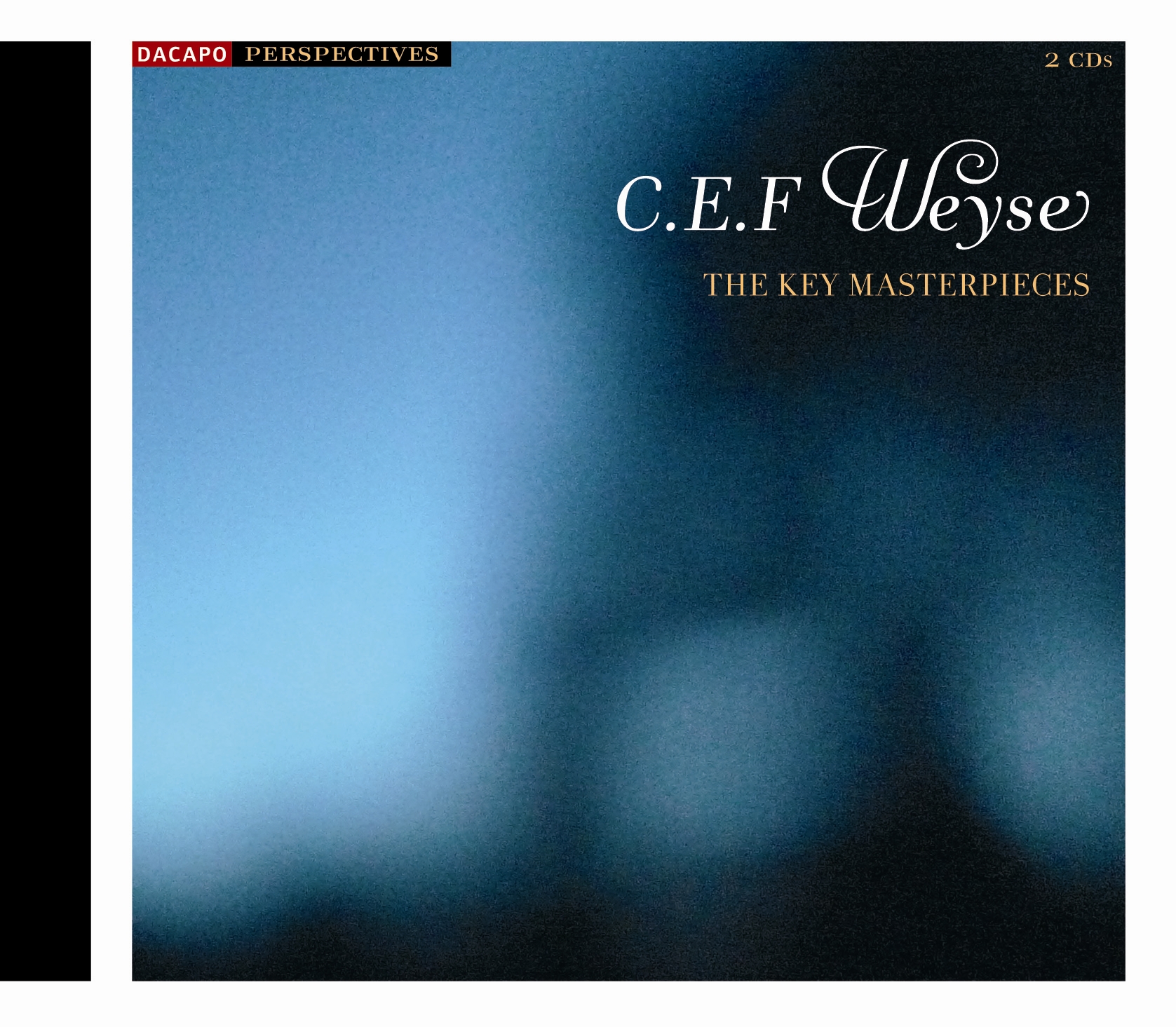 Piano virtuoso, court composer, organist, improviser, gourmand, humorist and celebrity - Christoph Ernst Friedrich Weyse was one of the most remarkable figures Denmark in the first half of the nineteenth century. For the rest of the world he has always been something of a secret, for Weyse went on only one journey in his life: the journey from his birthplace Altona in Holstein to Copen­hagen. The sea voyages left him with such a phobia that afterwards he never travelled farther from the Danish capital than a horse and carriage could take him in a day.

Instead people came to Weyse. He made the acquaintance of among others Liszt, Moscheles and Clara Schumann; and in a way also of Mozart - it was the first Danish perfor­mance of Mozart's Don Giovanni that put Weyse on his feet again after a life crisis and prompted him to compose again.

Weyse was born in 1774 in Holstein, which belonged to the Danish Crown. He came from a talented and musical bourgeois family, and at a very early age he was admired for his abilities as a harpsichordist. Little Ernst\ Weyse was also a splendid soprano who sang solo at many church events.

His education was left in the hands of his maternal grandfather, who was a precentor and church musician. In time it became necessary for the boy to have a real music teacher, and his grandfather approached Bach's son, the aging Carl Philipp Emanuel Bach, who lived in Hamburg, but he did not wish to be disturbed on the day Weyse and his grandfather came to visit him. The next possibility was Copenhagen, where the German composer J.A.P. Schulz was Royal Conductor. And he said yes. In 1789 the 15-year-old Weyse came to Copenhagen, where he lived in Schulz' home for the next three years.

As early as 1792 the 18-year-old Weyse became the organist at the German Reformed Church in Copenhagen. In 1805 he went on to become organist in Copenhagen Cathedral, one of the country's finest posts for a musician. In 1816 he was granted the honorary title of professor, and in 1819 he was appointed Court Composer. Weyse was one of the country's leading cultural personalities, an equal of the two contemporary bachelor geniuses Søren Kierke­gaard and Hans Christian Andersen.

In 1801 things had in fact looked black. Weyse was struck by a depression after the rich man's daughter Julie Tutein broke off their engagement. In the time after the rupture he was in his own words "sick of art, myself and all of life, continued with my business quite mechanically to earn my bread and in the most literal sense led a purely vegetative life."

His great comeback was sparked off in 1807, at the Royal Danish Theatre, when Weyse attended the first Danish performance of Mozart's opera Don Giovanni. "In the Ghost Scene I was shaken to the marrow, but the shaking was beneficial, it awakened my genius, which began to stir its wings more mightily than ever," he wrote. Now he could complete his Singspiel Sovedrikken (The Sleeping Draught), with a text by the national poet Oehlen­schlæger, and the premiere in 1809 was one of the great successes of the Danish Golden Age.

The years of Weyse's youth suddenly seemed far away, and stylistically, his seven symphonies from the years 1795-99 soon began to seem like something from a different era. They passed into oblivion and never became part of the Danish symphonic repertoire. Before Dacapo's recordings of the symphonies, not even the greatest lovers of Weyse knew how they sounded.

Symphony no. 1 is a remarkable debut in a minor key. Symphonies in minor keys otherwise form only a small fraction of the total number of symphonies from Classicism, and it is far from certain that Weyse knew of the few minor-key symphonies by Haydn and Mozart. The Seventh Symphony from 1799 is a much more clarified work in E flat major. Here there is no Sturm und Drang, but a serene Classicist calm. Its qualities were recognized abroad, for the symphony was published in Vienna in 1803. In Denmark it was only played twice, the last time shortly before Weyse's death.

As Court Composer - the last in the history of Denmark - Weyse wrote operas and Singspiele for the Royal Theatre. The Feast at Kenilworth (1835) was his test of the young Hans Christian Andersen's abilities as a dramatist after the novel by Sir Walter Scott. The gap between Andersen's and Weyse's age and status seemed unbridgeable, but Weyse insisted on giving Andersen the chance. And Andersen idolized Weyse for the rest of his life, even though he was well aware that it was the music, not the text of the unsuccessful Singspiel, that would be remembered.

Another of the Court Composer's areas of work was the cantatas for official celebra­tions and holidays. His third Christmas Cantata, Jubler, o jubler i salige toner (Sing and rejoice, o world in thy gladness), from 1836, became one of his last. It is not liturgical music, but a concert cantata, and in it we hear Weyse's full mastery of both lyrical solo and ensemble numbers and learned fugues. The cantata is a wonderful mixture of simplicity and ingenuity.

In his younger days Weyse wrote a large number of harpsichord pieces in the style of his models C.P.E. Bach and Haydn, including eight sonatas from the 1790s. The Sixth Sonata is one of the finest. It consists of a large variation movement and a highly inventive final movement in sonata form, full of unexpected idea and pianistic effects. Weyse's abilities as a harpsichordist (and later pianist) also shine through in his Etudes. They were written after a pause in piano composition of over 20 years, and the occasion was the concert visit of the virtuoso composer Ignaz Moscheles to Copenhagen in 1829. The two met several times and appear to have admired each other. Moscheles was able to shift Weyse's music in a more up-to-date direction. This can be heard in the eight Etudes op. 51, which appeared in 1831. They form the beginning of a cycle of all 24 keys which was never completed. The total of twelve that were finished were praised by Schumann in his Neue Zeitschrift für Music: he asserted that Weyse was a highly individual personality, one of those "original spirits not many of which we can point to".

Another genre that flourished late in Weyse's oeuvre was songs. Even before he came to Copenhagen he had written songs in the new völklich style that J.A.P. Schulz represented. Now he took up the genre again and crafted his songs to the utmost perfection. His Morning and Evening Songs to texts by the poet-pastor B.S Ingemann enjoy a special status in Danish music. They were written for schoolchildren, but quickly became a core group in the Danish hymn repertoire. "I can assure you that I have shaped the melodies very much con amore, since I considered that you had been so particularly fortunate in expressing in them the special inwardness and artless warmth of childhood", Weyse wrote to Ingemann and emphasized: "Such beautiful poems compose themselves. The question is therefore whether it is I who have composed them".

Weyse's songs became so popular in Denmark that from the end of the nineteenth century he was on the whole regarded solely as a song composer. This CD's selection of works offers a picture of how far we have come today in the understanding of his genius.