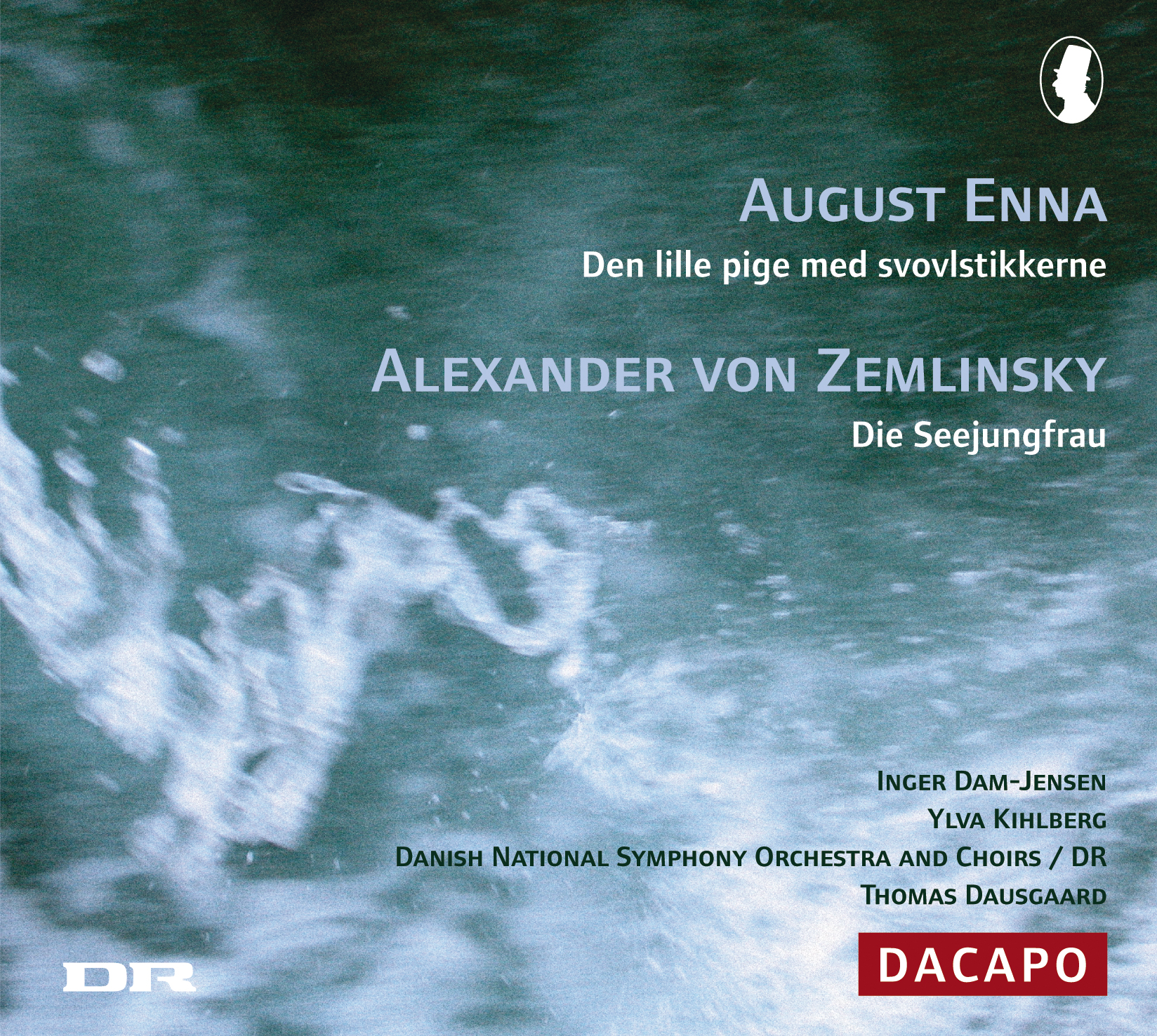 Today August Enna is only known for his delicate little one-acter after Hans Christian Andersen's tale, and perhaps the ballet music for The Shepherdess and the Chimney-Sweep (Hyrdinden og skorstensfejeren). But in his day he was well known abroad as one of the most frequently performed Danish opera composers ever - and for that matter he still is.

His had one of the most unsettled lives of any Danish composer. He was born on the island of Lolland to parents with Sicilian and Jewish immigrant backgrounds, and grew up in Copenhagen in extreme poverty. However, his musical interest was aroused at a very early stage, and at a young age he began to make a living as a dance and theatre violinist.

Although the most prominent Danish composers of the age, Niels W. Gade and J.P.E. Hartmann, paid him some attention, he never had any formal training. He was first and foremost a practical musician, and managed to work as a violinist and conductorin both Finland and Sweden. It was only at the end of the 1880s, when he made the acquaintance of Richard Wagner's music, especially his treatment of the orchestra, that Enna himself felt a kind of artistic awakening, manifested by the fact that he radically reworked his opera The Witch (Heksen).

At all events, quickly after the premiere of the opera at the Royal Danish Theatre at the beginning of 1892 it became a huge international success, and over the following years Enna wrote a long succession of operas which, with a combination of appealing, singable melodies and great Wagnerian orchestral fullness, turned out to be a splendid export item. Alongside this he wrote a number of less ambitious, popular, practically oriented works, particularly with a view to performance in the small Danish provincial theatres with limited resources. Several of these operas had well-loved Hans Christian Andersen tales as sources, including TheLittle Match-Girl.

With just two solo roles plus chorus and orchestra, and a playing time of less than 40minutes, it has proved highly enduring as a concert work, whereas all Enna's other works were sidelined by the spirit of the age at a tempo that is said to have left him a bitter man. Moreover, it is highly suitable for concert use, in as much as the whole plot - where Enna's librettist Ove Rode follows Andersen's tale very closely in the externals - takes place either around the little girl or in her imagination.

It is also a welcome showpiece both for a lyric soprano in the large title role and for a rather more dramatic voice as the young lady. And Enna shows a fine flair for the theatre in his use of wellknown texts and melodies along the way, linked with a high degree of effective sentimentality and - for a Danish audience - a knowing use of the national song treasury: the lady sings Andersen's children's song Pandeben, godt det gror for her child, and in the course of the work both choral and solo passages regularly seem to be on the point of sliding into various Danish Christmas songs; and in the end the chorus sings the girl to rest with the carol Barn Jesus i en krybbe lå (The Christ-child in the mangerlay).

In the early decades of the twentieth century Zemlinsky was a key figure in Central European musical life. As a conductor he held a number of prominent posts - at the Carltheater and Volksopera in Vienna, the Deutsches Landestheater in Prague and the pioneering Krollopera in Berlin, where he also became a professor at the academy of music- but he fled to the USA in 1938.

In Vienna too he was of crucial importance as a teacher. In 1895 he was the only teacher of composition that the otherwise self-taught inventor of twelve-tone music Arnold Schoenberg ever had - indeed Schoenberg married Zemlinsky's sister Mathilde in 1901 - and he also taught the child prodigy Erich Wolfgang Korngold, who first became one of the most successful opera composers of the 1920s, then one of the most famous film composers in the history of Hollywood.

And while Zemlinsky's own music has today mainly become a matter for connoisseurs, in his own time he ranked very highly. His opera Es war einmal (after the Dane Holger Drachmann's play Der var engang) was the only newly-composed opera that Gustav Mahler premiered in his time as head of the Hofopera in Vienna, and has furthermore become the object of special interest in as much as Mahler himself reworked it so radically that it is close to being the only opera he himself wrote.

Zemlinsky's extensive opus list includes atotal of eight operas, three symphonies - of which the unnumbered Lyrical Symphony with a number of features in common with Mahler's Das Lied von der Erde is today his best known work - four string quartets and a long list of songs and piano works.

Die Seejungfrau (The Little Mermaid) is Zemlinsky's biggest orchestral work apart from the symphonies. Zemlinsky's allegedly highly unprepossessing appearance is traditionally seen as an important reason why many of his works with a text or a textual basis revolve around people with deformities, outcasts or, as in the case of the Hans Christian Andersen tale, the Little Mermaid who must realize that she can never have her beloved prince, and suffers the tragic consequences.

In addition this very work is said to havebeen directly inspired by a specific, traumatic rejection that Zemlinsky experienced. Around the turn of the century he not only fell wildly and unrequitedly in love with his very young composition pupil Alma Schindler, but to make matters worse she even married his 11 years older teacher and mentor Gustav Mahler.

But even heard without regard to the biographical parallel, and regardless of the fact that throughout the work one can hear a very close rendering of the drama in Hans Christian Andersen's tale, Die Seejungfrau is a remarkable work in its own right. Zemlinsky never followed Schoenberg into atonality, let alone into twelve-tone music, but several of the elements in which Schoenberg took his point of departure are also conspicuously present here.

This is true above all of the linking of what were otherwise considered in the European music of the time to be the two great opposite poles: Johannes Brahms' sophisticated structural technique andwork with the classic subjects, and Richard Wagner's dense harmony, great dramatic sequences and orchestral innovations. But at the same time one finds in Zemlinsky, and not least in this particular work, two other salient features; a personally tragic dimension that has more to do with Mahler than with Wagner - and a smouldering sensual sonority which in places seems as much influenced by the new French music of the period as by Zemlinsky's own Central European background.

Die Seejungfrau was premiered on 25th January 1905 in Vienna with Zemlinsky himself conducting. However, the same concert offered the first performance of Arnold Schoenberg's great symphonic poem Pelléas undMélisande, and for Zemlinsky personally this also meant that his own work was so overshadowed that he withdrew it. When Zemlinsky emigrated to the USA he even left parts of the work behind in Vienna, with the result that for many years it was thought to have been lost, and was only reconstructed in 1984.