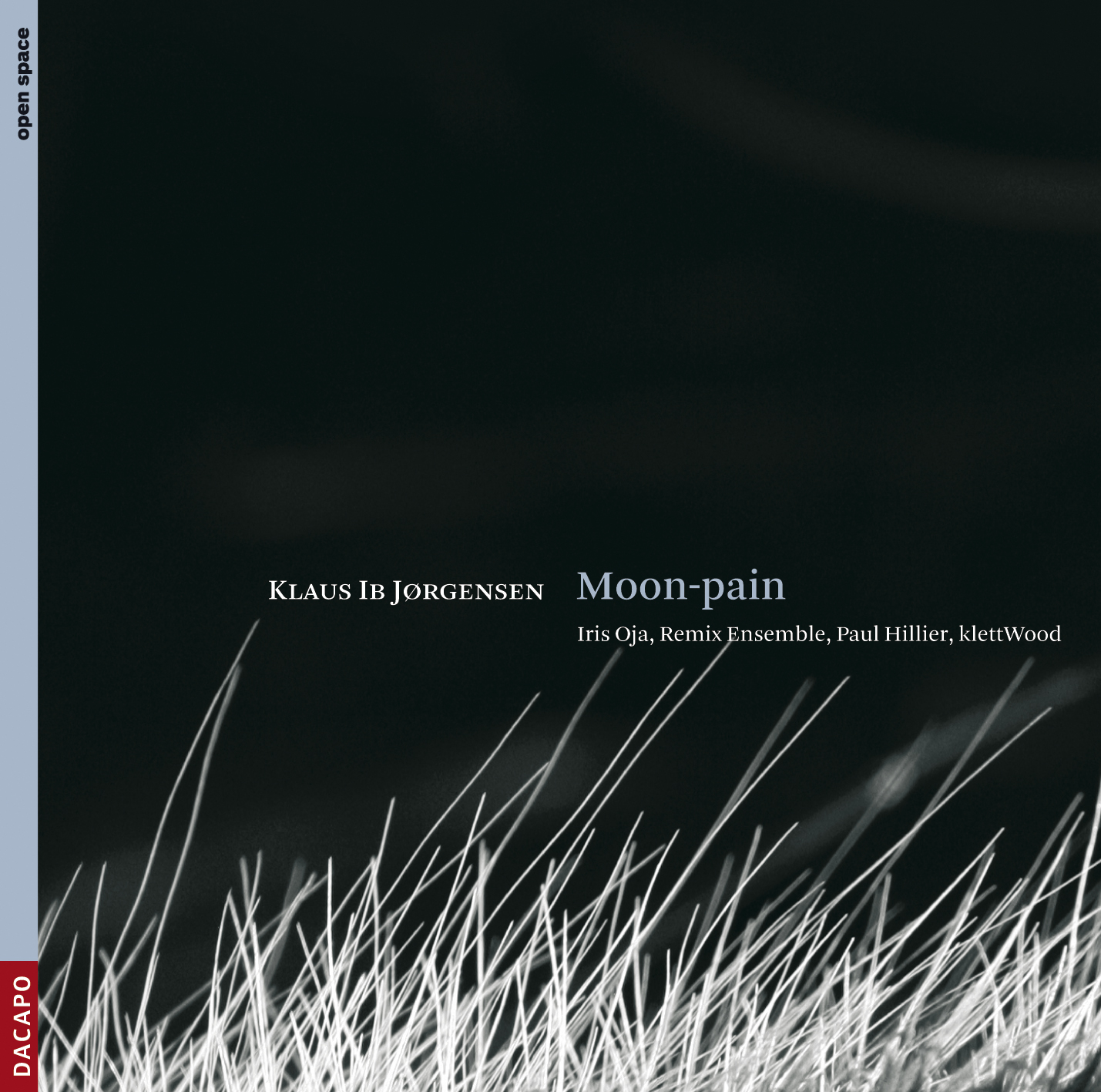 ‘Che canta?'-‘Who's singing?' The opera aficionado's question takes on another resonance in Moon-pain, or several. At the start come sounds that could be the scrapings and scribblings of so many pens, awaiting the presence of someone-the singer-who will not just draw words but voice them, embody them. But are the instruments preparing a space for the singer, or are they, almost from the first, infiltrating that space? Or again, are they not rather designing a space that is empty and will remain so, a space that the singer, the singing voice, will not be able to occupy, perhaps will not try to occupy? This is a strange song cycle, disquieting for all its beauty-disquieting even in its beauty. ‘Here', the composer writes of Pessoa's poetry, ‘dreams and dream visions are woven, braided, tangled and knit together in a marvellous tissue of notes, colours, moods, sounds, pulses, ripples on a moonlit lake surface-and transience; a web of polyphonic, multifaceted transience.' So it is in these settings; listeners will encounter further layers of braidings, marvellous colours, moonlit lake ripples and, to be sure, polyphonic transience. The already mentioned opening has plenty of these things: wafts and trills, gestures falling into silence, corners suddenly turned (the tritone in the piano) and, possibly most of all, repetitions that only emphasize transience in their efforts to withstand it, to hold on to a present that is constantly falling into the past. But listeners will be invited, also, to ponder a fragile subjectivity and to wonder if they are not looking into-listening into-a mirror.

We may begin, as the composer did, with words:

This distich does not quite give Jørgensen his instrumentation but it certainly gives him some sounds, a tone and, more than these, a dislocation of time and personality. We are entering not only a dreamscape but also a realm where the contemporary is fused with the ancient (‘viol', and other diction belonging more to the sixteenth century than the twentieth). This is a world, too, where the words themselves seem more alive, more determined, than the voice uttering them. Assonance, rhythm and rhyme push the poem on, in the seeming absence of a controlling will. Introduction of the ostensible speaker is delayed until the second stanza (‘I wander': a point to note in the setting, whose tempo is indeed that of wandering, the predominant speed of this wandering, wondering work). Meanwhile, and even after, it is the words that speak the poem.

Could one say equally that the notes sing the song? The singer is given her first note by the piano, a middle register G. She is then drawn up to hold the B a third above (‘vi-') and drawn up again to hold the D a fifth above (‘and'), the piano all the time reiterating the G. So we have in succession the notes of a G major triad, a memory imposing itself not from the singer's will, since its foundation comes from the piano, and not especially from the music's will, since this is not a G major that goes anywhere. The memory arrives, rather, as if of itself, an echo that refuses to be forgotten. If, as already suggested, the present is always fading into the past in this music, despite all attempts to keep it alive, the past is declining to accept its pastness-not at all because it is being artificially revived but because it is simply there, and its presence is admitted. Waking, we may naively feel a sheer divide between the present, which we are experiencing, and the past, which we are not. Dreaming, we know better. ‘I wander.' The I, the sense of self, wanders. Such is the self of Moon-pain, wandering-a self, it may even be, wandering within itself.

And it may also be a self wandering outside, into where it has no place. Moon-pain has six movements, but its boundaries turn out to be porous, if not rapacious, and here it engulfs four more segments. Its first movement, composed in 2003-4 (as was its fifth), is followed not by its second, of 2005-6, but by the opening movement of a work the composer completed in the interim, in 2005: Goblin Dance, for clarinet and piano. The voice has gone now. But the notes are still here, singing the music, and the repetitions persist (a high Bb in the piano nags almost all through), together with representings of the past. A closer connection will, too, emerge.

Now comes the second movement of Moon-pain, but it is not entirely a return. As will happen repeatedly, the instrumental ensemble has focussed on a classic formation, in this case the flute quartet, moving through much finer textures-and also, uniquely, excluding the echo chamber of the piano. At the same time, the voice has changed. French words are invading the poem, and extreme sounds, though all taken within an unearthly calm that survives from the first movement. (It is remarkable how little one is reminded of another instance of musical moon-pain, scored for such similar resources: Pierrot lunaire.)

Now we go back to Goblin Dance for that work's second movement, an ‘Aria' consisting of short ideas (some remembering the first movement, including the high Bb) to be assembled by the performers according to guidelines supplied by the composer. Then comes another surprise. Or is it?-for there is an inevitability in how the third movement of Moon-pain, added in 2007, not only goes on with the subsumed angst of the second but also reworks, wholesale, the first movement of Goblin Dance, adding voice and cello, to recreate the instrumentation of trios by Beethoven and Brahms. The Goblin Dance movement (track 2) becomes revealed as the shadow of this Moon-pain movement (track 5)-unless the song is the shadow of the dance, the dance that moved so edgily towards dance, which it undertook only briefly before moving on. However, the Moon-pain movement is longer, going on into a vocal remake of the opening of the third movement of Goblin Dance, with its motif that will haunt much of the rest of the work, and that here quietly repeats around these haunting lines:

There we shall awhile gain
All the elusive selves
We can never obtain.

Since the ensuing movement is the full Goblin Dance finale, the mood goes on unbroken, to swivel with the next Moon-pain movement, also written in 2007 (‘Spirit Beams'). A more startling change comes with the succeeding track, a montage created by the composer from recordings of street sounds in Lisbon, voices speaking Pessoa texts in several languages, pen strokes indeed, and strands from elsewhere in the album, including at the end a little phrase we have been taught to recognize. This extraordinary intervention suggests the work scanning the world outside, and finding eventually its own reflection.

One might feel that the fifth movement of Moon-pain-one of the two original settings, and a piece that both restores the full ensemble and transfigures (or discloses the roots of) elements from other movements-has the sense of a finale. However, the ending is yet to come-or perhaps will never come, for the movement that follows is another reworking, this time entire, of the Goblin Dance finale. In bidding us adieu, the work asks us to continue its wandering search. And surely it is not really saying farewell at all, but indicating it will stay with us.