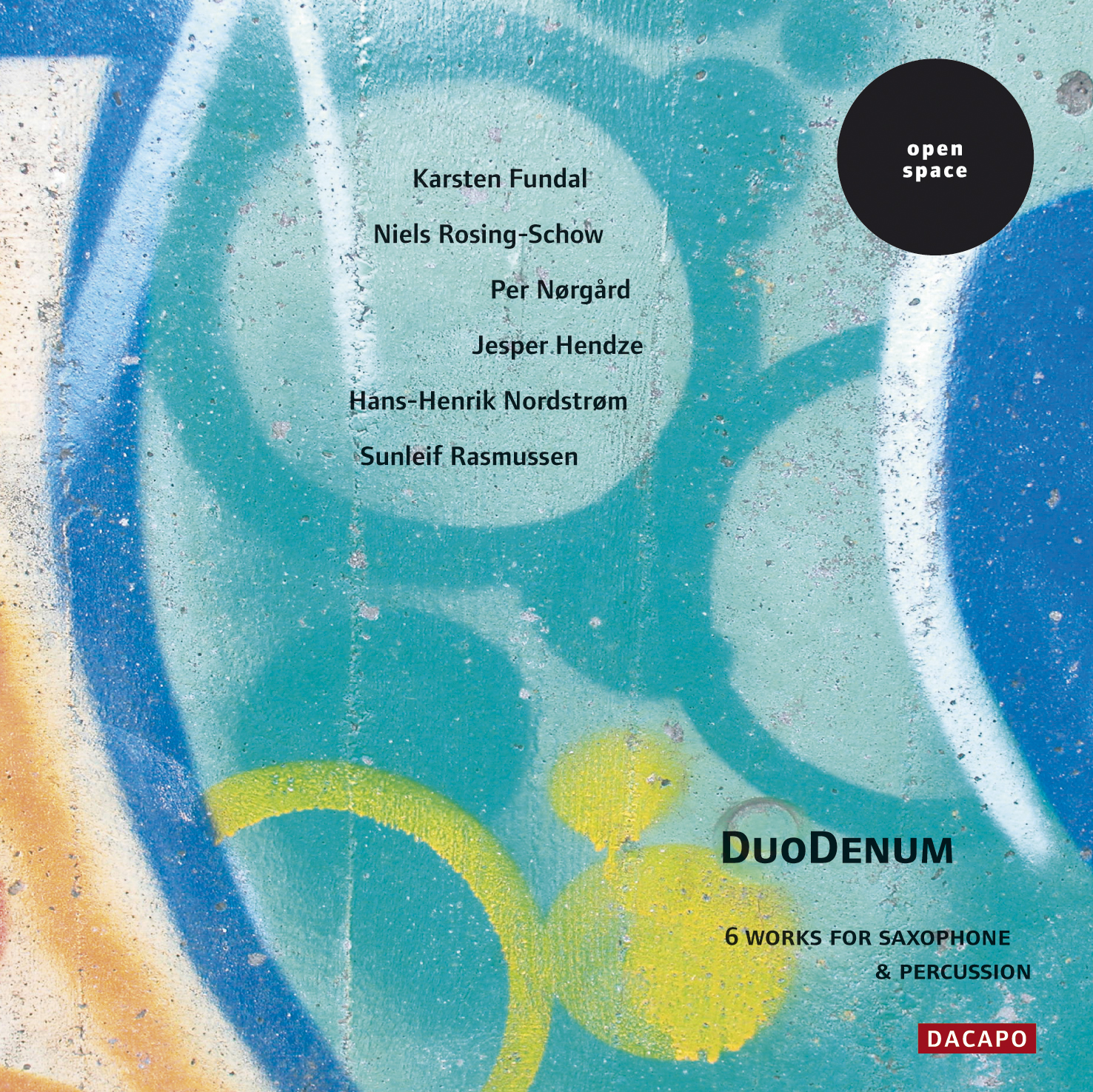 From mathematical paradox to mighty forces of nature

As the title suggests, Karsten Fundal's Möbius #3 draws its inspiration from the so-called Möbius Ribbon, called after the German mathematician Augustus Ferdinand Möbius (1790-1868). The Möbius Ribbon has certain properties that seem almost contrary to nature, and which the composer has incorporated in the basic structure of the music. A study of the beginning of the piece supports the claim.

Niels Rosing-Schow began his composing career in the early 1970s as an adherent of ‘the New Simplicity' but later found new moorings in music of sophisticated sonorities that was more indebted to the French musical tradition. With its fascinating, compelling world, Piseq is characteristic of Rosing-Schow's sophisticated chamber music. The piece has the subtitle Ritus III, and belongs to a group of interrelated works where the overall title Ritus refers to the processual aspect of the music and its simple formal structure. In addition the works have references to the ceremonial music of other cultures.

In Piseq this reference is established by the use of a specific Greenlandic melody, which dominates the end of the work. The melody is associated with a Greenlandic legend, but Piseq is not a programmatic musical version of the legend, and the title of the work has no direct connection with the legend. Piseq is a North Greenlandic word expressing personal ownership of a ‘drum song'. The work is permeated more by a mood of invocations of gods and magical conjurations than by the reflection of a particular course of events. With the title Niels Rosing-Schow wanted on the one hand to point to the Greenlandic inspiration of the music, on the other to express the dedication of the work to DuoDenum.

Like Niels Rosing-Schow's Piseq, Per Nørgård's Proteus borrows inspiration from the legends of another culture. But while Rosing-Schow went to Greenland for his melodic material and title, Nørgård refers to ancient Greek mythology and the story of King Proteus, the famous shape-shifter: My naming the piece after him is due to the non-developing, but back-and-forth shifting character of the motivic transformations. These are changes of shape brought about exclusively by shifts in emphasis and create wave forms, as indicated by the subtitle - Stier og dale - stiger og daler - [the Danish pun means ‘Paths and valleys/Rises and falls'] which in itself suggests the metamorphic technique", Per Nørgård explains. He has called Proteus a ‘dance intermezzo' - a genre name that aptly describes the straightforward character of the piece and its supple, dancing course, which with constantly varied stress patterns is based on an eternally changeable but despite all changes traceable basic gestalt. The work was originally composed for flute and percussion, and also exists in two different versions for saxophone and percussion. It is the newest version from 1997, composed for alto saxophone, marimba, vibraphone and roto-toms that is recorded here.

Jesper Hendze's title Inaudible Choirs refers to the hidden basic material of the composition, a four-part choral texture that is never evident to the ears of the listener. Inaudible Choirs is divided into six continuous sections. In the first, the baritone sax is emancipated from the percussion, heralding exploratory music, which with its juxtaposition of traditional western European percussion instruments, unconventional instruments like bicycle wheel and brass plate, as well as the sounds of exotic gongs and temple bowls, also colours the scale material of the saxophone part with non-western nuances. With the next section, Escher Stairway, life surges out between the lines of the music. The melodic contours outline motions that build up in a slow crescendo, and after another blow on the Balinese gong the drum solo Escher Runway is given free rein. In this section too the music intensifies until the saxophonist interrupts the drumming with a powerful, emphatic D flat, signalling the beginning of the semi-improvised section Symphony on D flat. Then comes a long alto sax solo supplemented by drumming. This section, inspired by the jazz saxophonist Eric Dolphy, leads on to the concluding section of the work, with the heading Chase.

Although many of Hans-Henrik Nordstrøm's works are inspired by working stays in the North Atlantic area, one also finds in his oeuvre works that have arisen as pure music. This group includes Abstractions, which falls into four continuous sections.

The first section is energetically imaginative and curiously emphatic. Soprano saxophone and marimba start things off, but in the further development one also experiences the vibraphone's metal bars, before two furious bangs on a suspended cymbal lead into the mystical dream world of the second section, dominated by metal instruments. The strolling, slightly dangerous character of the third section is underscored by a shift from soprano to baritone sax, then by a change from metal percussion to skins and wood. The sound of the crotales - small, thick, ringing brass discs - leads into the last section where the baritone sax is accompanied first by roto-toms and marimba (as in the preceding section), but in time also by the metal instruments tam, gongs and vibraphone, which form the background for the snarling multiphonics that maintain an atmosphere of mystery all the way until the concluding thinning-out. The whole sequence is a downward journey through ever-lower registers in the saxophone part.

The mighty Atlantic, which has meant life and death to innumerable generations of the Faroese, forms the basis for several of Sunleif Rasmussen's works, including his first symphony, Oceanic Days, which won the composer the Nordic Council's Music Prize. In Pictures from the Sea's Garden it is the surf breaking on the beach in his native town of Sandur that is rendered in music. Other phenomena that are reflected in Pictures from the Sea's Garden are ideas of life at the bottom of the sea in a detailed piece of music which with its constant weaving between shadow harmonies and complexity - in a continuous caccia-like musical chase, makes great demands on the teamwork of the players. From the Lugubre of the beginning the saxophone player, playing tenor and alto saxophone, works her way upward to an ecstasy where the highest note of the saxophone is stretched out against the lowest note of the timpani. Thus this nature-depicting work is allowed to end with an effective tour de force.