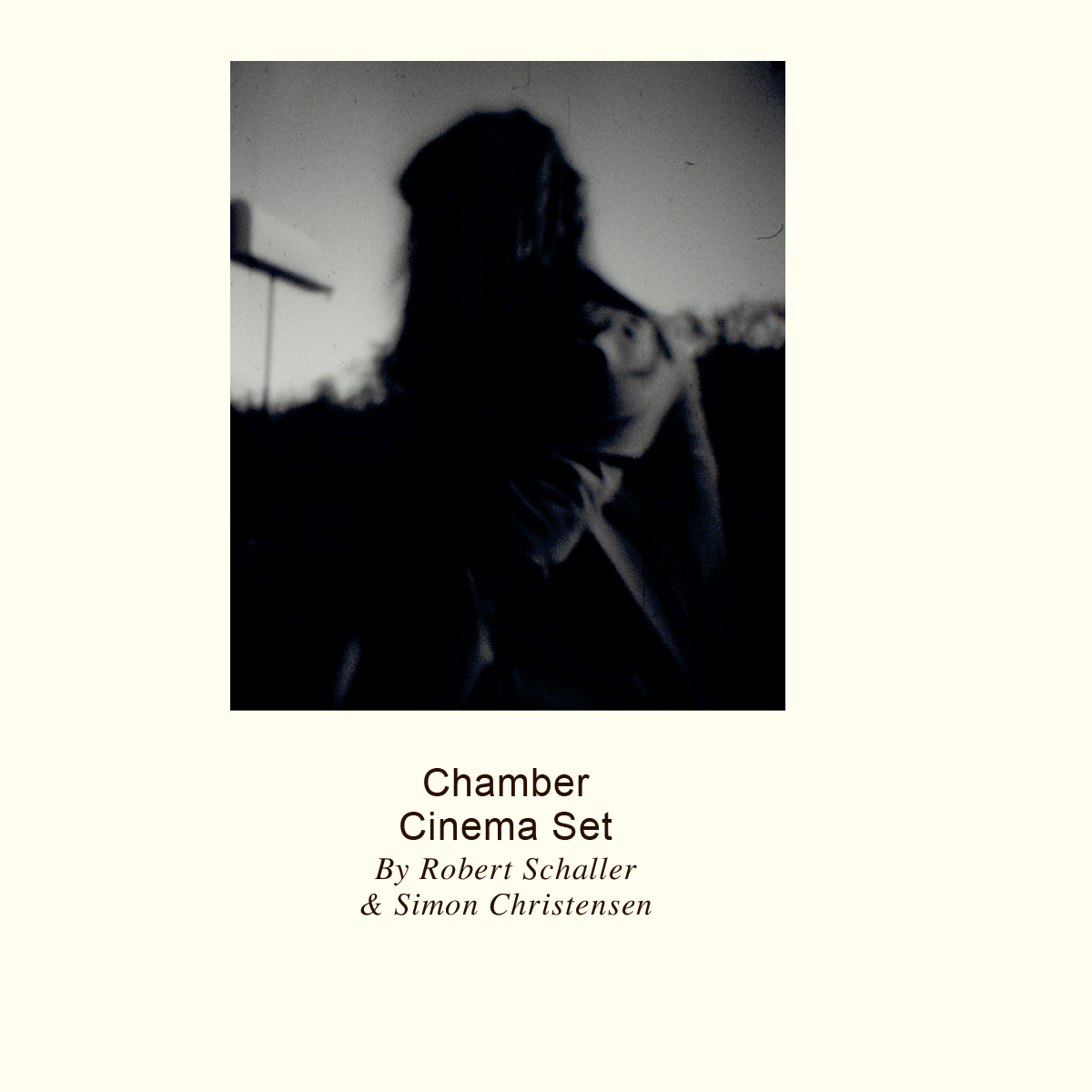 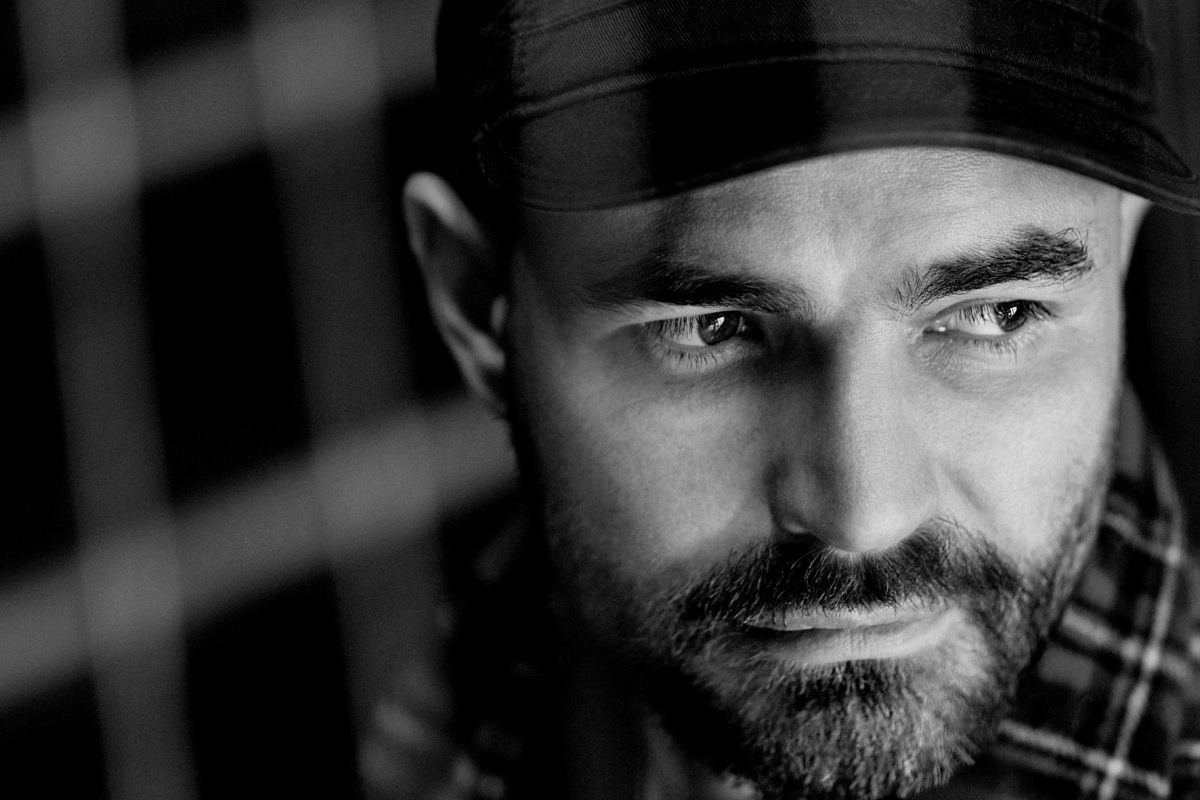 Although the origin of using music to accompany film was to drown out the unpleasant projector noise rather than an attempt at a multisensory symbiosis, filmmakers and composers have had fruitful collaborations for more than a century and it is now rare to experience a film that does not have an integrated music soundtrack. However, it is still relatively rare for music in films (other than film musicals!) to be foregrounded and presented as a co-equal to the visuals being projected. But cinematic history does reveal precedents for putting an instrumental film score in the spotlight. For Hans Richter’s 1947 surreal film Dreams That Money Can Buy, pairs of significant visual artists and composers collaborated on the series of dream sequences. Passages in several films by Alfred Hitchcock seem particularly designed to showcase the music written for them (perhaps most notably the 1945 Miklós Rózsa-scored Spellbound and the 1958 Bernard Herrmann-scored Vertigo), whereas Stanley Kubrick’s films give particular prominence to pre-existing scores (by György Ligeti, Béla Bartók, and others). Michael Nyman’s scores for several Peter Greenaway films take center stage as does Philip Glass’s score for the entirety of Godrey Reggio’s otherwise silent 1982 Koyaanisqatsi. Experimental filmmakers have been even more inclined to treat composers they’ve worked with as key collaborative partners—e.g. Maya Deren and Teiji Ito, Stan Brakhage and James Tenney—and, more recently, Bill Morrison, who has worked with a wide range of composers, including Michael Gordon (Decasia, 2002), Vijay Iyer (Release, 2010), and Simon Christensen (TRIBUTES – Pulse, released on Dacapo Records 2.110411BD in June 2011). Yet, perhaps due to the dominance of visual input in our perceptual processes, most people experiencing any of these works will probably still hear the music as an accompaniment to the films, despite the importance of the music and the efforts that these filmmakers have made to showcase the music. (Greenaway and Morrison notably cut their films to the soundtrack whereas most filmmakers cut the soundtrack to match the film.)

Creating an aesthetic zone where aural and visual input can co-exist on a more parallel footing has been a guiding principle for the ongoing collaboration between Simon Christensen and filmmaker Robert Schaller who, during the last six years, have created a series of works they have collectively titled Chamber Cinema Set. The collaboration has thus far yielded four distinct works which are featured on the present DVD/Blu-ray recording: Signals, Three Years On, If Not One and One, and Mail. A fifth work, Schaller’s 2011 film In The Shadow of Marcus Mountain, is also featured with no musical score. When Christensen met Schaller after a screening of Marcus Mountain at the 2012 Rotterdam International Film Festival, the composer told him that his film “was music” which was very gratifying to him. Schaller has explained, “I had worked for years to create films to be just that. ... Film is, to use film scholar William Wees’s term, light moving in time. It is thus fundamentally like music, and can be structured using principles analogous to those that apply to writing music: it is capable of being ‘visual music.’” So this led directly to Schaller and Christensen working together on a series of works where the relationship between film and music is much more fluid.

Although it is not possible to discern this from a home recording experience, when these works are presented in a public venue, the projected “silent” film and the musicians, either performing from a pre-notated musical score or improvising, occupy the same performance space. The projector and projectionist are treated like just another instrument and player. The sonic element for each of these works is performed by two musicians. For three of these it is Mono Duo, in which cellist Peter Morrison joins Christensen who performs variously on zither, violin, percussion, and electronics. In the remaining work, Christensen is joined by violinist Anne Søe. All of the films were created using hand-made materials—emulsion, pinhole cameras, etc.—and processes: editing, printing, etc.. Schaller’s films, in which the manipulation of physical images to the extent that they are often unrecognizable as such, are an extremely apt analog to Christensen’s music in which acoustic timbres and precise pitches are frequently obscured by various DIY analog electronic techniques. Although the four Chamber Cinema works evolved differently, the goal in each case was to create work in which the music and film are equals.

The first work presented here, Signals, is actually the most recent. Christensen notated a solo alternately-tuned violin part in 2018 for Anne Søe to which he subsequently added an as-yet un-notated upright piano part which he performed as well as a soundscape of tuning forks, shells and a train which he and Schaller recorded in Boulder in 2019. Schaller’s film matches the intense repeated strokes on the violin with back and forth waving movements of a single human figure which were initially recorded with a smartphone, analyzed frame by frame, and then converted to a movement score for dancer Lauren Beale recorded on a homemade pinhole camera.

For Three Years On, the music came before the film. In 2016, Christensen composed a completely-notated score for Mono Duo with an extremely elaborate click track in which the tempo shifts slightly every measure. As Christensen describes it, “the score is the master and the parts have to be obeyed.” Against this rhythmic backdrop, the cellist intones a series of dirge-like microtonal double- and triple-stops occasionally joined by single zither tones. Schaller’s film, completed in 2019, was inspired by a massive flood where he lives, in the mountains above Jamestown, Colorado, which had a deep impact on him and led him to question how society deals with natural catastrophes, as he has written: “Houses, roads, and infrastructure were destroyed, and at least one person lost his life. For several years afterwards, everything about life was disrupted. The Jamestown flood was something of a best case scenario, given that it happened in a developed country with insurance and public works funding. And yet it was a disaster, pointing emphatically to the need to address the worsening global climate crisis that makes catastrophic events like this increasingly common.”

This film, however, is hardly a straight-forward documentary of this tragedy. Rather, it is an attempt to “convey the sense of confusion and disorder written onto the landscape by the raging waters.” Images of trees, waters, etc. shot with homemade pinhole camera onto homemade emulsion resulting in what Schaller describes as “a varying continuum of representationality” are juxtaposed with completely black space, sometimes for long stretches of time, as Christensen’s austere music progresses.

The creative process worked the other way around for If Not One and One; Schaller’s film was made in 2000 and Christensen composed a new musical score for it 14 years later, in 2014. In Schaller’s film, the screen is divided horizontally into three parallel sections which display a performance by dancer Michelle Ellsworth, who is shown either in a crisp image shot with a conventional film camera or in varying degrees of abstraction as a result of her image being filmed onto home-made gum-printed emulsions. Schaller describes the film as “a kinetic and visual exploration of identity in a postmodern world.” According to him the material was “aleatorically derived (using Skittles and the Golden Ratio) from Homer’s Odyssey and Gertrude Stein’s Stanzas in Meditation.” Quotes from these texts appear from time to time as erudite intertitles which offer a visual counterpoint to the variously perceptible movements of Ellsworth and black space. Christensen’s score, which justaposes a wide range of percussive sounds with the cello’s exploration of various harmonics on microtonally retuned strings, is meticulously notated, but toward the end there is an improvisatory passage.

Finally, Mail from 2013, which was Schaller and Christensen’s first collaboration, was created simultaneously by filmmaker and composer. According to Schaller, “The music was not written for the film, nor the film made for the music: they were made as parts of a single score, to be performed live.” Curiously, it is perhaps also the most narrative of the works featured herein, albeit in a non-linear way. In the three parts of Schaller’s film, a letter is sent in the mail, written out, and then received. (The author of the letter and its recipient are performed herein by Michelle Ellsworth and Lauren Beale.) Christensen’s music combines a completely notated tri-partite cello score with improvisations by the composer alternately on zither, violin, and back to zither. “I play it as I feel like,” Christensen explained, “simple slide figures and sustained notes.” The result adds an almost Delta blues-like quality to the cello’s insistent saltando or jeté ostinatos, a technique in which the bow is literally bounced on the strings.

Like the letter in Mail which goes on a journey beyond chronology, the four film and music works by Schaller and Christensen take us on a sensory journey that defies our perceptions of time and space. The journey on this recording takes us back to In The Shadow of Marcus Mountain, the work which prompted Schaller and Christensen’s artistic journey. As in Three Years On, we are presented with a landscape devoid of people and, instead, nature itself is the protagonist as is our own perception of what we are seeing. As Schaller has explained, “The structures of our thought filter what we see, and in fact there is no seeing apart from those structures.” What Christensen perceived in what he saw was music. Ponder this as you watch and listen and you might hear the music, too.

Composer and music journalist Frank J. Oteri is the Composer Advocate of New Music USA, the Editor of its web magazine, NewMusicBox, and the Vice President of the International Society for Contemporary Music (ISCM).

Recorded at the Composers studio in Copenhagen between 2017 and April 2019. 5.1 surround mix and mastering by Simon Christensen at IAC in Malmö, Sweden.

All music performed by Mono Duo:

With kind support from

- except Under The Shadow Of Marcus Mountain in which the copyright is exclusively owned by Robert Schaller.

We wish to thank: