All three composers featured on this recording were central to the Danish Golden Age, a period of blossoming in the arts and music that delivered countless gems. Here, principal players from the Aarhus Symphony Orchestra perform fine concertante works from two composers who are experiencing a renaissance and one who still languishes in obscurity. From the splendour of Kuhlau’s William Shakespeare and his melodious Concertino, the fresh melodic qualities of Gade’s Capriccio, and the as yet unpublished Oboe Concerto by Barth these new recordings from Aarhus make the case for four winning Danish scores. 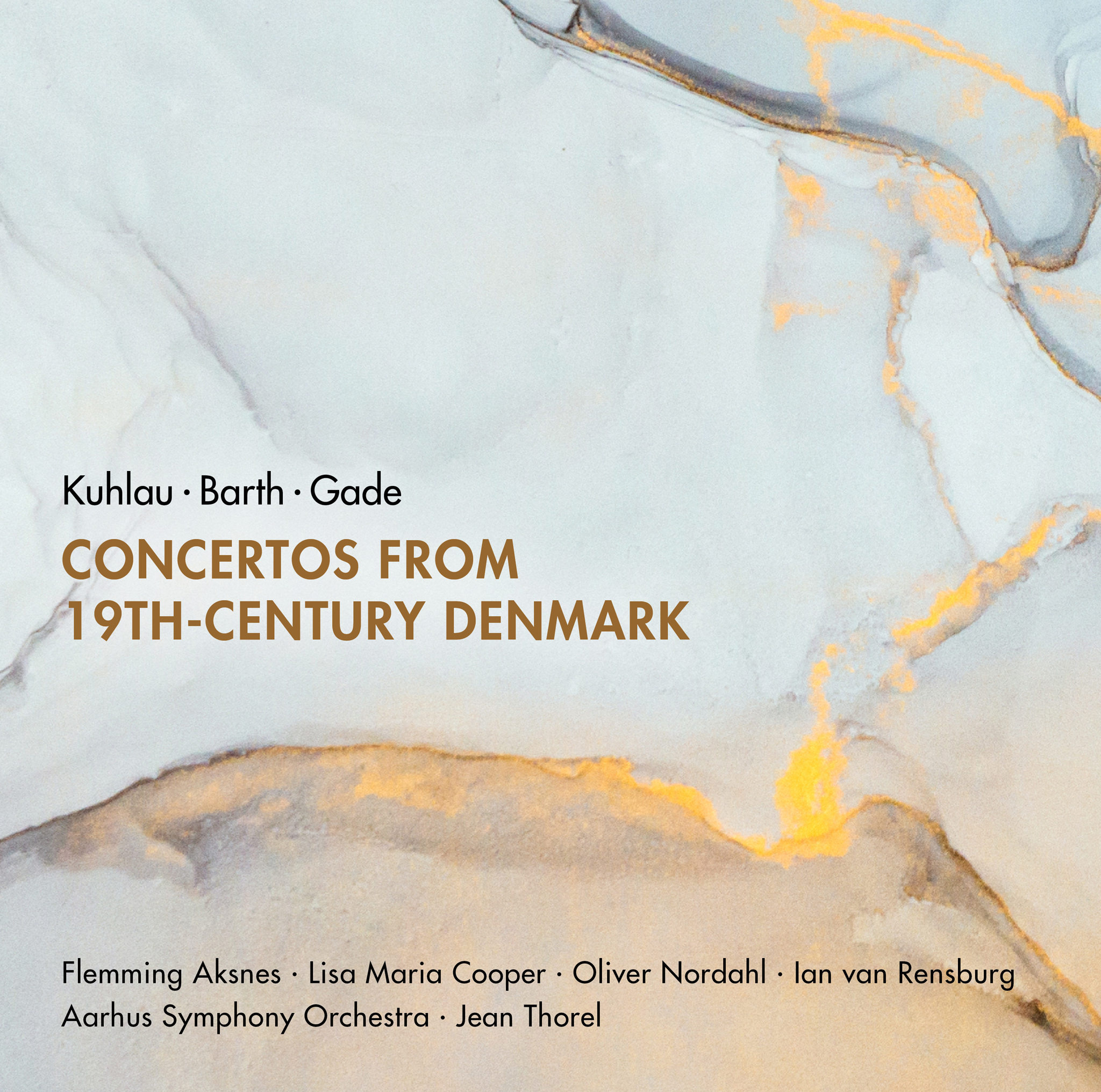 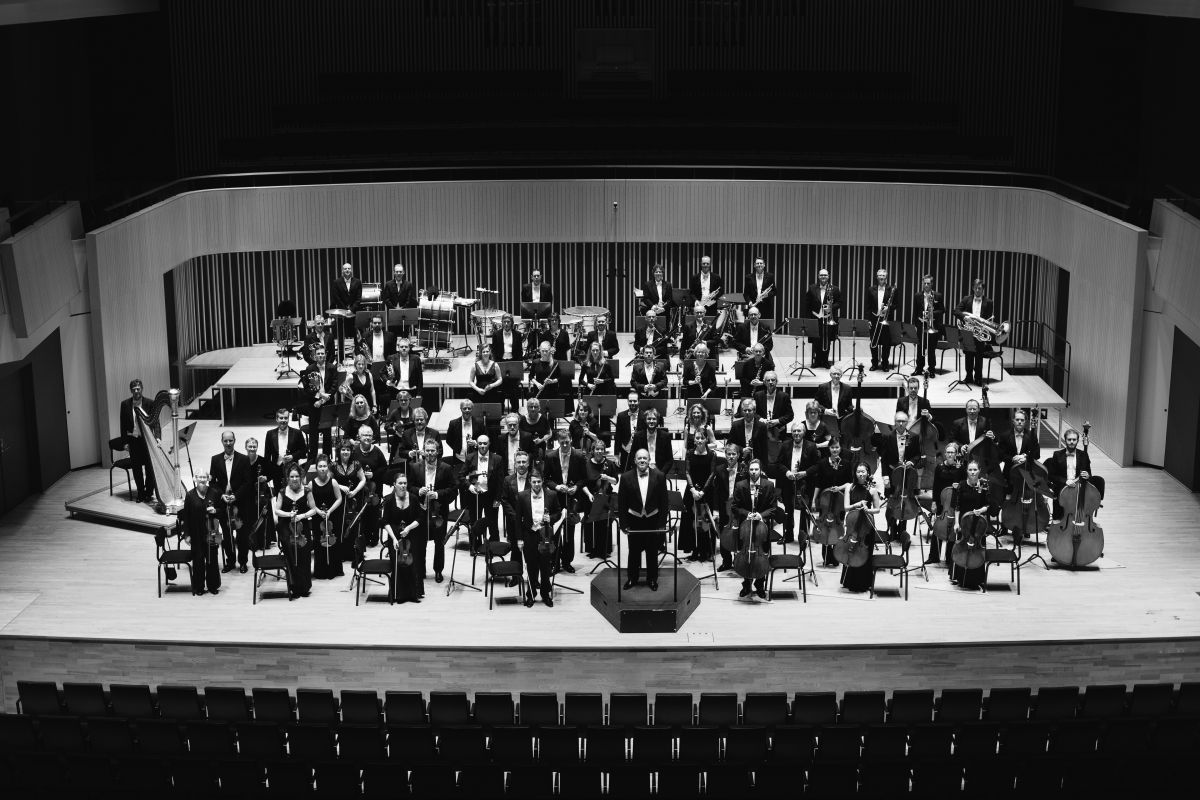 Friedrich Daniel Rudolph Kuhlau was born into a family of regimental band players in the northern German town of Uelzen, halfway between Hamburg and Hannover. In around 1802, the ­family moved to Hamburg, where Kuhlau received a little music teaching from C.F.G. ­Schwencke, who had been a pupil of Carl Philip Emanuel Bach and who succeeded him as cantor and director of music at Saint Catherine’s Church in Hamburg. Friedrich Kuhlau appeared as a pianist at concerts featuring both works by himself and by other composers and, at the end of 1810, he embarked on a landmark concert tour that ended in Copenhagen, where he settled down and lived the rest of his life. It is probably doubtful to claim that he travelled to avoid ­being conscripted into the French army since at the age of 10 he had fallen in the street and lost his right eye.

The eternal question as to whether Kuhlau is German or Danish is best answered by saying that he was German and Danish. He lived precisely half of his life in Germany and half in Denmark, although practically all his works were written in the latter country, which is a possible justification for regarding him as a Danish composer.

He continued his concert life in Denmark and in 1813 became a royal court musician, but it was not until 1818 that he gained a stipend, with the proviso that he had to write an opera or ­music for the theatre like Elverhøj (The Elf’s Hill) every second year for the Royal Danish Theatre. He did so gladly, even though during the time that took he was unable to compose the many works for flute and piano for Danish and German music houses, which was his main source of income.

Friedrich Kuhlau lived in straitened circumstances all his life, moving in 1826 to Lyngby in the northern suburbs of Copenhagen to live more cheaply, but misfortune dogged his footsteps. The house Kuhlau was living in was destroyed by fire in 1831 and, after a hospital stay, he moved to the 17th-century waterfront, canal and entertainment district Nyhavn in Copenhagen (now No. 23, the tallest house on the left-hand side), where he died of tuberculosis 46 years old.

During his long trip to Germany and Austria in 1821, Friedrich Kuhlau, on his return journey to Hamburg, met the horn-player Joseph Gugl and his son, who also played the horn, and it was to them that he dedicated his Concertino for Two French Horns and Orchestra. It was planned to be performed at a concert in Copenhagen in February 1822, but this was later cancelled, and it was only first performed four years later, with different soloists. Like so many of the concertinos of the time, it differs from the three-movement form of the concerto and consists of an Adagio non troppo, an Allegro alla polacca, a Larghetto, a slightly altered repetition of the polacca, and finally an Allegro assai.

Friedrich Kuhlau is known for imitating works by other composers (Kuhlau’s Piano Concerto No. 1 in C major begins in almost the same way as Beethoven’s corresponding one), without this harming his style. The introductory Adagio of the Concertino begins too with a unison string theme that is strongly reminiscent of the Finnish-Swedish composer Bernhard Crusell’s Clarinet Concerto No. 2 in F minor, which Kuhlau may have heard during his trip to Stockholm in 1815. Kuhlau had considerable difficulty in getting the Concertino sold and, in his embarrassment, had to make a present of it to the Edition Peters music publishing firm in Leipzig, where it appeared in 1830, and where the manuscript is still to be found.

The work has a rich timbre, characteristic and melodious themes – and there is plenty for the two French horn players to do since they play in all conceivable combinations and ­considerable technical demands are made of them. The Polacca is set in motion by strings and timpani ­before we meet the solo horns’ truly Kuhlauesque, syncopated theme, which is repeated by the ­orchestra, after which the horns continue with new themes and figurations. In the Larghetto one is brought into a serenade mood, since the two French horns, in thirds and sixths, play a Rossini-like duet that is accompanied by pizzicato from the low strings. The Polacca starts up again, concluding this time with horn fifths (accompanied by the timpani) – a springboard for the ’hunting theme’ of the last movement, which finally, as the highlight of the work, is played by the orchestra’s two French horns, with echo-like repetitions by the solo horns. Kuhlau only ever managed to write three concertos: two piano concertos, one of which has been lost, and this ­Concertino.

A later journey to Vienna in summer 1825 is known for the meeting on 2 September with Kuhlau’s great idol, Beethoven, in Baden-Baden, where Beethoven was staying on his summer holiday. Along with other music fellows, they made a real ‘man’s outing’ of it, with mountain walks, lots to drink and the exchange of musical canons. Several days later, Kuhlau heard the first performance of Beethoven’s String Quartet in A minor, op. 132, which must have been the artistic climax of his journey. During his visit, Kuhlau was inspired by Beethoven’s new overture Zur Namensfeier (1814–15), which became the model for his overture to William Shakespeare, composed shortly after his return to Denmark.

William Shakespeare is a play by the now virtually forgotten clergyman and writer Caspar Johannes Boye (1791–1853), which is based on a possibly authentic story from Shakespeare’s youth about his poaching and controversies with the local squire in which, in Romantic style, characters (Oberon and Titania) and reminders from various Shakespeare plays are intertwined (e.g. pantomime on Macbeth). It is one of Boye’s better works, surpassing the two opera libretti Kuhlau composed music for – Elisa (1820) and Hugo and Adelheid (1827).

Like Beethoven’s Zur Namensfeier, Kuhlau’s Shakespeare-overture is in C major and has a slow introduction. In Kuhlau’s work this end in a dynamic progression with varied rhythms that bridges to the fast section. Like several of his overtures, Kuhlau’s is introduced by a piano string fugato, followed by a forte tutti with several striking themes. The development section deals with the fugato, which is therefore omitted from the recapitulation, which brings Kuhlau’s overture, his best along with that for The Elf’s Hill, to a fine conclusion. The incidental music to William Shakespeare has at certain points a curious similarity to two other Shakespeare-inspired works: ­Weber’s ­operaOberon (1825–26) and Mendelssohn’s overture to A Midsummer Night’s Dream (1826).

Who, nowadays, has heard of Christian Frederik Barth (1787–1861)? He came from a dynasty of oboists and was perhaps one of the most important. In V.C. Ravn’s article Concerts and Musical Societies in former Times (1886) Barth’s music is given the following laudatory mention: ‘Chr. Barth’s compositions for the oboe did, however, gain widespread dissemination abroad, where on several occasions he went on musical journeys and, at the young age of 18, commanded attention for his pure, delicate and beautiful tone, his great proficiency and assurance and his tasteful performance that displayed both nobility of spirit and feeling.’ Or, as expressed in German periodicals from 1804: ‘An oboe concerto in modo di scena cantate, with which, on one of his later journeys, he somewhat boldly challenged comparison with Spohr’s famous piece [Violin Concerto No. 8 in A minor, op. 47, 1846] is said to have caused a sensation.’ That, though, is hardly the oboe concerto featured on this release. Barth is also mentioned as a composer of ‘several overtures from 1810–29’.

The other oboist players of the Barth family were Christian Samuel (1735–1809), who was also a court violinist and in Det Holstenske Selskab (The Holstein Society) organized benefit concerts with Christian Frederik and his second son Philip (1774–1804). The family line also boasted a female singer, Amalie Frederikke Vilhelmine.

Barth’s concerto is in B flat major and is introduced by an Adagio in 4/4 time. It consists of a series of various tempo sections and is very well proportioned, with many beautiful and richly varying solo sections – an exciting rediscovery in the otherwise not very extensive repertoire for the oboe in Danish music.

Niels W. Gade was one of the first Danish composers who did not have German ancestors. His father was an instrument maker, and as a composer Gade established himself with the overture Echoes of Ossian, op. 1 (1840) and Symphony No. 1 (1841–42), which is based on his own folksong imitation of B.S. Ingemann’s text Paa Sjølunds fagre Sletter (On Sjølund’s Plains so Pleasing). The melodic talent of Gade hit the zeitgeist, and both of these works won ­Mendelssohn’s admiration. Niels W. Gade thus managed to become Mendelssohn’s ­right-hand man in leading the famous Gewandhausorkester in Leipzig. When Mendelssohn died in November 1847, it was natural for Gade to take over leadership of the orchestra, but at the outbreak of the Three Years’ War of 1848–50 between Denmark and Germany, Gade returned to Denmark, where, with his many works – symphonies, overtures, chamber music, piano and organ ­music and particularly oratorios such as Elverskud [Elf-King’s Daughter] and Kors­farerne [The ­Crusaders]) – he became the trend-setting composer of Danish musical life.

Along with J.P.E. Hartmann (1805–1900) – the other major Danish composer of the ‘high’ Romantic period in Denmark – Gade founded the Royal Danish Academy of Music in Copenhagen. The judgment passed by posterity – that he was ‘celebrated, respected and forgotten’ – was excessively harsh. Today, Gade’s music has enjoyed a renaissance and this also applies to his Capriccio. The delicate and quite short work, which also exists in a version for violin and piano, Gade characterises as follows: ‘… I have made it as violin-friendly as I was able. It falls into three sections, a humorous-characteristic one in A minor – and singable-expressive one in F major, and then back to the first one in A minor and finally a coda in A major, gentle and full of feeling to begin with and ending up capricious and brilliant.’

This recording was made in cooperation with Aarhus Symphony Orchestra

The recording was generously supported by MPO and Weyse Fonden