Unlike many of his radical new music colleagues, Karl Aage Rasmussen always had a great affection for older music, especially that of the Italian Baroque era. In this new programme of solo concertos by Rasmussen, he extends his musical explorations of the solo concerto focusing on the relationship between the individual and the community – an archetypal disparity that for centuries has lent the genre a special fascination for composers and audiences alike. 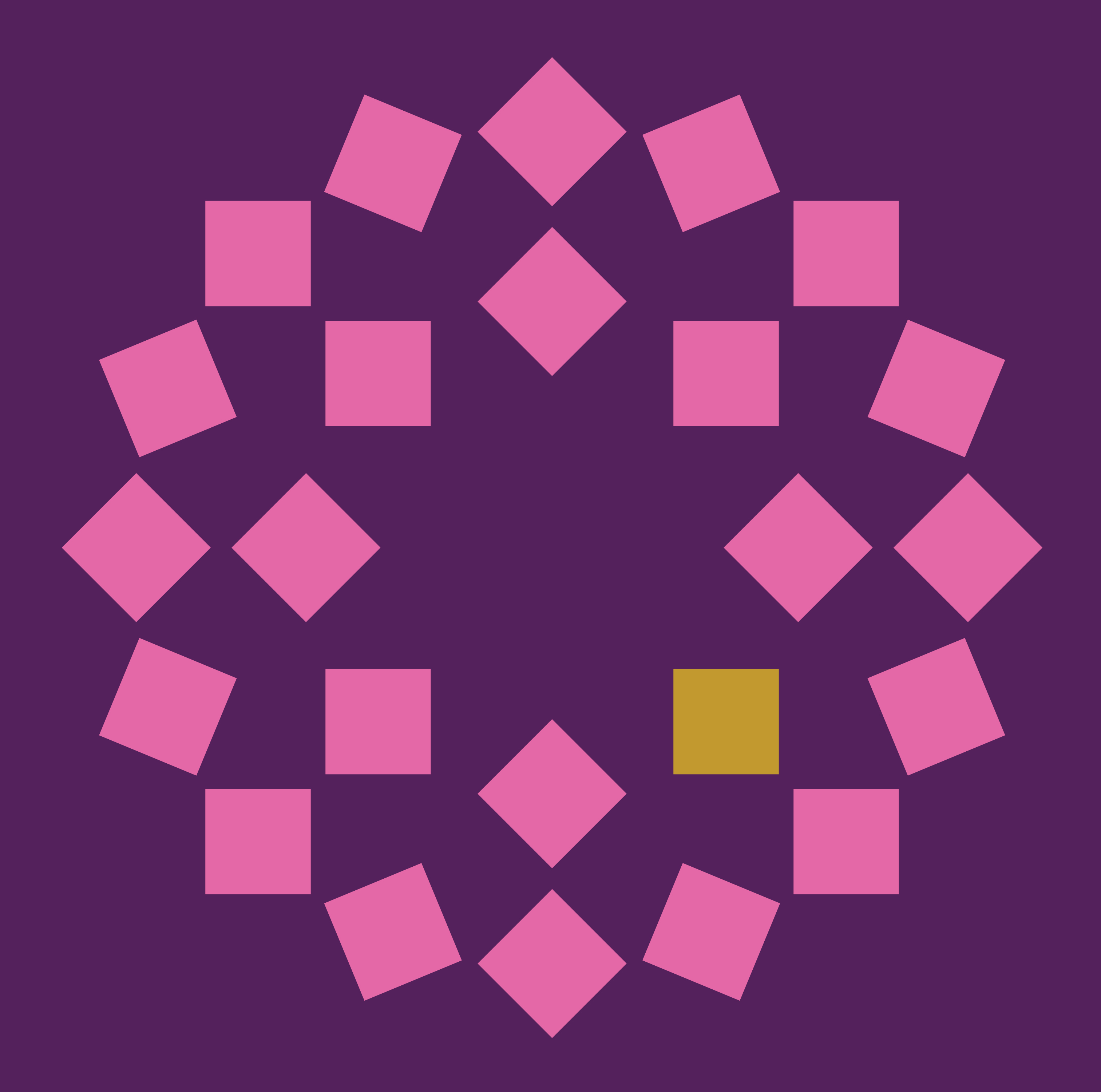 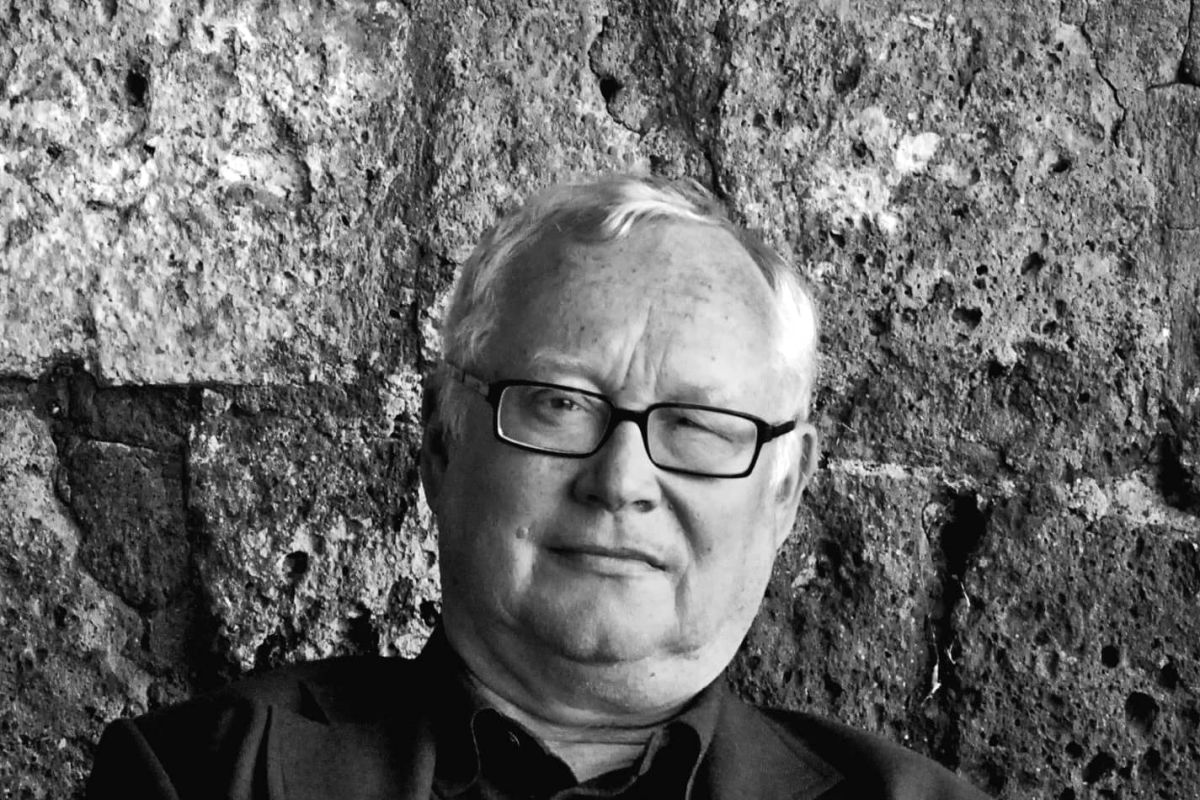 Most of the age-old genres that still are going strong: the symphony, the sonata, the string quartet, the suite and so on, are merely loosely defined frameworks. Today a symphony can be an hour long or ultra-­short; it can extend over one ­single movement or a profusion of move­ments and be written for a few musicians or hundreds of them. The same holds more or less true for the genre of the solo concerto, but one thing is given in advance: the relationship between the individual (the virtuoso) and the community (all of us). And this archetypal disparity has for centuries lent the genre a special fascination for composers and audiences alike. It is certainly a decisive reason for the existence of the works in this release.

When I agreed on a fixed-term contract as composer-in-residence with Concerto Copenhagen, the thought of a solo concerto played a special role, both because the orchestra had within its ranks phenomenal musicians and because the flexible, more modest sonorities of the baroque instruments provided the opportunity for unusual, refined balances between the soloist and the orchestra. In concertos for modern instruments the soloist, the “individual”, is sometimes swallowed up by the crowd.

When I began working with Concerto Copenhagen, I ­immediately realised that Fredrik From is a violinist in a class of his own and a loving, masterly leader. And his violin playing was a principal factor when I came up with the idea of a kind of “after-Vivaldi” edition of The Four Seasons, a version where the aspects of Vivaldi’s baroque style that hint at later perceptions of rhythm and musical language were put particularly into perspective (released on Dacapo Records). Having the possibility to write an actual concerto for Fredrik and his baroque violin was a secret hope from the very beginning, and I didn’t hesitate when the opportunity presented itself.

In a remote corner of my consciousness a particular idea had haunted me for a long time: a work in which two different movements illuminate, enclose or complement one another, so to speak. Opposites such as strong/weak, dark/light, soft/hard, high/low, sound/silence and so on play a central role in our decoding and perception of ­music as a wordless art, and the idea of two movements that were each in their way like a “­ negative” of the ­other, a mutual mirror ­image in which light and darkness were distributed in opposite ways, disturbed my sleep now and then. Perhaps it was because it was not a compositional idea or an idea in terms of musical technique, but something diffuse and vague, something figurative, as one says, ­something ­spiritual.

The first of the two ­movements is in itself an interplay filled with conflict: energetic, rhythmic, powerful music almost violently breaks through a web of nervously trembling chimes. And the solo violin, with its long, singing phrases seemingly in a world of its own, is inevitably drawn into the interplay. But the contrasts are neither abstract nor pure; the light contains the darkness; the soft contains the hard. They lend colour to one another, but the colours are not added together; they do not absorb one another. Or to put it another way with a relic of school maths: one times one is one.

In the second movement, the opposites seem to be hidden and forgotten in a melancholic twilight, or perhaps the oppositions audibly retreat behind the violin’s lamenting sighs. But they show themselves in other, no less violent, ways. Long, undulating waves seek harmony, but they are all ascending, and the intensity grows gradually until a bursting point, a breakdown. With all energy lost, a banal little melody in a minor key emerges as a naïve offering of balance. And a goodbye. But the melody is make-believe; it fails to create a conclusion. It just stops.

I was delighted, honoured and slightly apprehensive when Alfredo Bernadini, one of the world’s finest baroque oboists, encouraged me to compose a concerto for his instrument. I have no particular insight into – or experience with – ­baroque wind instruments, only decidedly warm feelings for their sober, airy, overtone-rich tonal quality. I studied a mountain of oboe concertos from the baroque and begged maestro Bernardini ­during the ­process to unscrupulously change ­anything that seemed to him to be in­appropriate or alien to the nature of the instrument. But, as the virtuoso that he is, and with a real musician’s audacity and desire to experiment, he suggested only a couple of ­microscopic changes.

The concerto revives a train of thought that I have often addressed in my works: the sensation of being situated inside circles of music that move around me. But the circling music moves fast and slow simultaneously, fast when close and slower when further away, so to speak. Here time is not a directional line but appears as carousels within carousels. The beginning, the ­middle and the end become ambiguous. This lends the music an episodic, changing character, but listening not too much for details and differences but rather for moods and similarities, “de­focussing” the listening, as it where, this aspect of the music may faintly manifest itself when least expected.

But these are of course the composer’s ideas, and what a composer imagines is but an insignificant aspect of the matter. There are just as many ways into the music – or around it – as there are listeners.

Sinking Through the Dream Mirror (1993)

The violin concerto with the title Sinking Through the Dream Mirror is one of the biggest, longest and most demanding of my instrumental works. And, for this reason, it is also a work that is not often heard. It demands a lot of rehearsal time; it demands unusually competent, committed and loyal musicians, and it demands a conductor who – apart from of course living up to those same demands – understands how to organise the rehearsal work to make optimal use of the time. But above all the concerto demands a soloist who possesses not merely musical intelligence and great instrumental skill, but who is prepared to devote months to studying the work.

With ambitions of such ­ominous proportions, it can hardly be surprising that the work got off to a difficult start. The first soloist gave up along the way, absolutely not because of a lack of competence but probably because of feelings not entirely unlike those that made the emperor say “too many notes” to Mozart. But after that, a couple of performances and a CD recording with Niels Christian Øllgaard, Ole Schmidt and the Esbjerg Ensemble were so successful that I could not in all fairness be dissatisfied.

The nagging feeling that something was not yet fully realised is an occupational hazard. And that is fortunate; perfection so often lacks friction or merely the piquant style breach of a beauty spot. The great English violinist Rebecca Hirsch had given the first performance of my close friend Poul Ruders’ first violin concerto, and in June 1997 she played my concerto in the ­Tivoli Concert Hall with an effort­less charm I hardly knew the music possessed. And in 1999, the indefatigable Joel Sachs from The Julliard School performed the concerto in New York with a 19-year-old soloist, Szuhwa Wu, whose youthful abandon and virtuosity completely took my breath away. A critic wrote that she “offered all the solo part needed: lightness, grace and purity”.

Then all was rather quiet around the work. But quite unbeknown to me, Anne Søe, the leader of the Athelas Sinfonietta Copenhagen, put the solo part in her suitcase and took it with her on an extended trip abroad to discreetly try her hand at it. And, as a veritable deus ex machina, she stepped forward on returning home and performed the concerto with Athelas Sinfonietta ­Copenhagen with the orchestra’s principal conductor at that time, Giordano Bellincampi, on the podium.

The performance strengthened my feeling that the work was among my most significant, but it was also crystal clear to me that without Anne Søe’s rescue effort and commitment this 35-40-minute-long ­jugger­naut of a work might have been ­consigned to oblivion. After that some years passed once more, but in October 2017 the concerto was put on the programme of an all Rasmussen concert given by ­Athelas Sinfonietta Copenhagen to mark my upcoming 70th birthday. And the audience’s reaction in the hall strengthened once more my belief in the work’s qualities. When Athelas Sinfonietta Copenhagen decided to record the concerto with Anne Søe and with my young, talented champion from Concerto Copenhagen, the Swedish conductor Magnus Fryklund on the podium, it felt like a completion. All parents love all their children, but some children need a little more care and time than others. And perhaps they are loved in return in a slightly special way.

An American producer, who had previously been responsible for a radio recording of the concerto, thought – and said so very vociferously – that the title was “rubbish”. Titles of musical compositions are shaky ground; as a composer, one knows that they are valued often as a kind of “door opener” to the music itself. But one also knows that they can be revealed as unnecessary or downright disturbing – as “rubbish”, if you will. The title The Moonlight So­na­ta does not come from Beethoven, and there is very little moonlight in its three very different movements. But would it be just as well known and loved without the name? Haydn himself named almost none of his more than a hundred symphonies. But almost a third of them have popular pet names, including the sometimes rather nonsensical ones (The Hen, The Bear and so on.) But they are played significantly more often than those without names. The title of this concerto, about something that sinks through a dreamed-up mirror-like surface, is not to be explained to death, but the keyword is “sinking”. The work’s melodic lines are predominantly falling. And the dream mirror is perhaps merely a water mirror; everyone knows both the sight and the sound of a ­water mirror being broken when ­something hits it and sinks through it. And every­one can see the difference when something is above or below the surface of the water.

Here you might hear it if you choose to listen specifically for it.