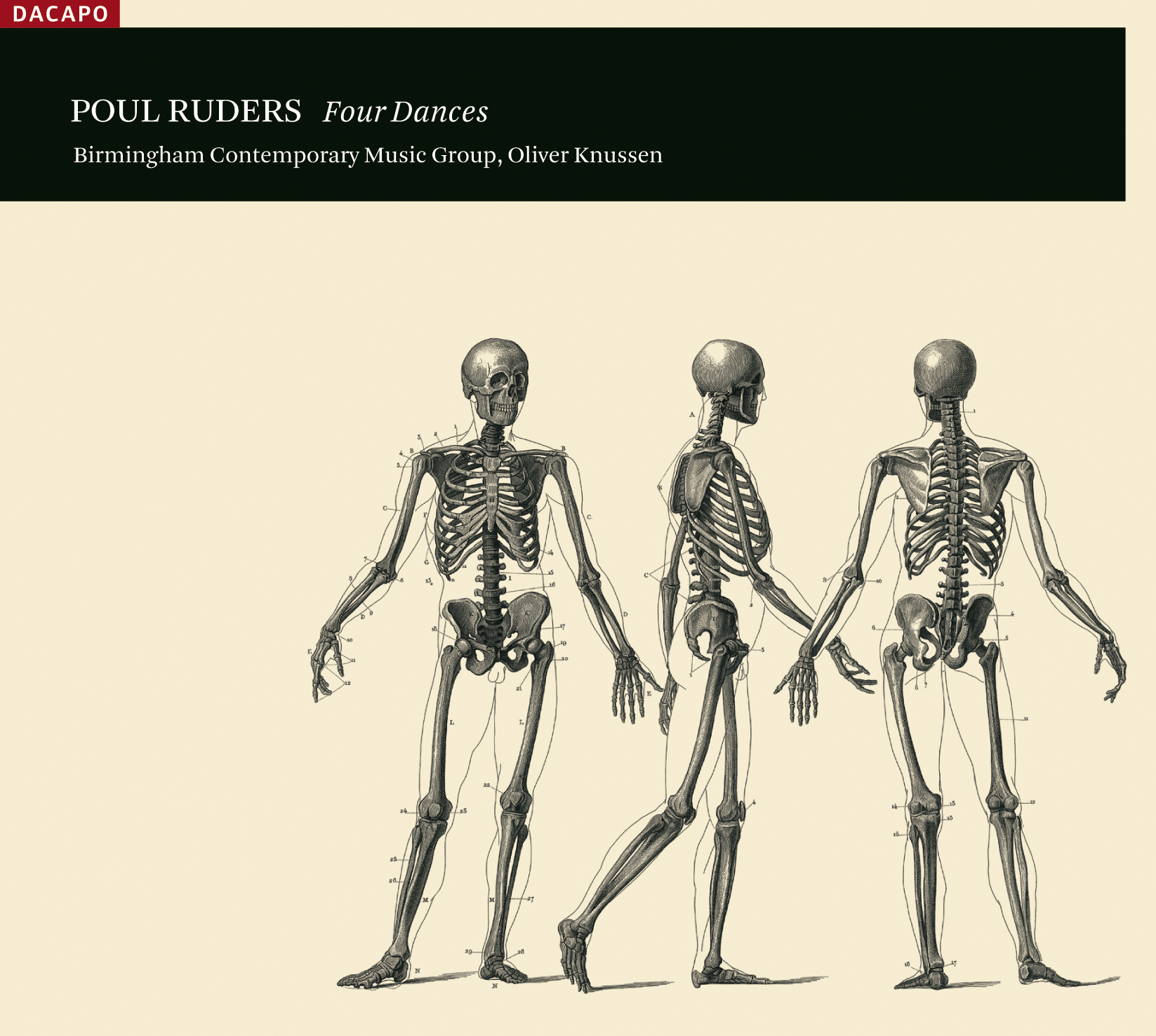 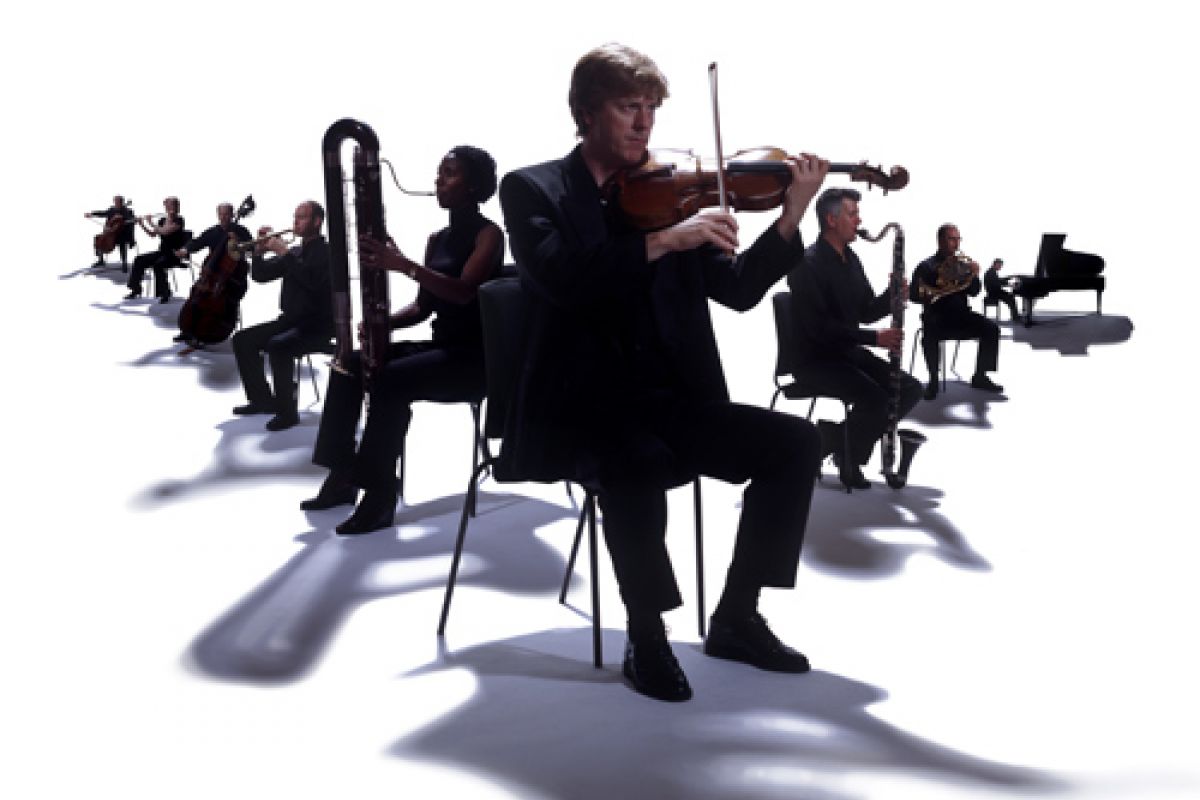 No contemporary composer has displayed a more idiosyncratic mastery of the modern symphony orchestra than Poul Ruders. The huge colour-enhanced canvasses of the First Symphony (1989), Solar Trilogy (1992-95) and the two operas The Handmaid's Tale (1996-98) and Kafka's Trial (2001-3) show a Straussian panache in the creation of arresting new timbres and textures. But in each case it is the emotion conveyed, the atmosphere generated by these means that leaves the strongest impression.

One might expect such a composer to be less at home writing for chamber ensembles. But there is another side to Ruders's musical character - one that has more in common with the Nordic giant Sibelius than with Strauss. Ruders too thrives on the challenge of creating big effects with limited forces. Before writing his Viola Concerto (1993-4), Ruders told this writer how he was looking forward to composing a score with no percussion, no samplers or digital keyboards, and with only the familiar instruments of the classical orchestra - or as he put it succinctly, ‘I'm going to have to do it all with notes.' Ruders does allow himself a slightly more variegated instrumental palette in the three works recorded here, but with only solo instruments at his disposal the sonorous impact of a full orchestral brass or string section is ruled out. Intensity has to be conveyed by concentration.

There could be no better illustration of this than ‘Whispering', the first of the Four Dances in One Movement for chamber orchestra (1983), premiered in 1985 by the London Sinfonietta under the composer-conductor Oliver Knussen. Knowing that he was writing for Knussen clearly focussed Ruders's mind right from the start - Knussen's aural precision is legendary. ‘Whispering' is an eerie little prelude in which the clarinet's hushed, nervous dancing figures are trailed by ghostly not-quite perfect echoes on violin, tremolo. One might imagine a child, stumbling over the words of a nursery rhyme, aware that somewhere in the shadows a thin spectral voice is mimicking them.

‘Whispering' could almost stand alone as an atmospheric miniature, its effect out of all proportion to its means. But that would be to miss the transition into the second movement, ‘Rocking', and with it the sensation (no cerebral analysis is necessary) of how the trumpet's theme grows from the rhythms of the clarinet dance figures. The rocking movement soon crystallizes into a slow waltz tempo (marked ‘Patient'), with the melody outlined delicately by bowed vibraphone and violin harmonics. A hint of Stravinsky in what Ruders calls the ‘tall' chords at the end of ‘Rocking' acts as a cue for the sudden eruption of ‘Ecstatic', where the hard-edged sounds and exuberantly clashing rhythms build in a carefully controlled crescendo of visceral excitement.

At first the finale, ‘Extravagant', seems quietly determined to contradict its title. The opening muted violin lines recall the ghostly shadowing process of ‘Whispering' in more formal, quasi-fugal terms. This is the beginning of a long process of drawing together ideas from the previous three movements, and of achieving a kind of resolution on - or around - the key of B (hinted at several times during ‘Rocking' and touched at the end of ‘Extravagant'). If this suggests a symphonic synthesis, it is worth noting that Ruders's original working title for the piece was ‘Symphonic Dances' - until, that is, Ruders heard Rachmaninov's Symphonic Dances and decided not to trespass on territory Rachmaninov had made so much his own. ‘Ecstatic' gradually builds to an abandoned climax worthy of its name; but the end is strangely quiet - Ruders's marking is ‘unreal' - with fragmentary phrases of the waltz theme gradually absorbed into silence.

Nightshade(1987), written for the Capricorn ensemble, is still more concentrated - just ten instruments, and a playing time of less than ten minutes - yet it conveys the ‘deadly' implications of its title (in English the potentially poisonous plant Belladonna is known as ‘Deadly Nightshade') with remarkable force. For Ruders, simply seeing the word in print was enough to set his imagination racing. The meanings suggested by the plant's two different names - a beautiful woman, seductive promise of nocturnal refuge (‘night-shade'), death - carried Ruders into a world of dreams or primal fairy tales. It even suggested a kind of story:

‘...a drama about something that is both threatening and fascinating: a small child gets up in the middle of the night, leaves the house and disappears into a black forest. Something unknown and dangerous is calling.'

Innocence and terrible experience is a recurring theme in Ruders's work. And while the course of the story is not readily identifiable in Nightshade, the translation of its elements into sonorous terms is. To the deep - at times almost subterranean - sounds of contrabass clarinet, contrabassoon, trombone and double bass are added horn (mostly in its lower registers), bass drum, a large gong and the darkly voluptuous tones of the alto flute.

There are brighter sounds - violin, pitched percussion, piano and a desperately plaintive high oboe - yet their effect is only to make the darkness seem still more opaque and menacing. While there is no explicit programme, the meaning of the final climax is hard to mistake: alto flute is exchanged for piccolo, combining its shrill, frantic forte with high oboe, piano and violin, and culminating in a series of jabbing staccato chords. Catastrophe is followed by a quick return to sullen stillness.

Like Nightshade, Abysm for large ensemble (2000), written for the Birmingham Contemporary Music Group, invites the listener to find wider poetic meanings in its sequence of sounds. In this case the verbal hints Ruders provides come in the form of three quotations, one for each of the three movements. The first movement, ‘Abysm', is headed by lines from Shakespeare's The Tempest: ‘What seest thou else / in the dark backward and abysm of time?' The reference is to occult divination; yet ‘What seest thou else' could be seen as a direct challenge from Ruders to the listener: what do these drifting, shifting yet obscurely purposeful sounds evoke for you? The idea of retrogression - the ‘dark backward' - is most immediately conveyed by long notes initially crescendo and later diminuendo, but one senses deeper, more mysterious workings beneath.

‘Burning' is a striking contrast (and a welcome rest for most of the players). Scored just for piano and three Japanese wood blocks, it is Ruders's direct - almost visual response to words from Farid ud-Din Attar's novel The Conference of the Birds:

‘... put your face to the burning sand
and on the earth of the road,
since all those who are wounded by love
must have the imprint on their face,
and the scar must be seen'

Ruders says he envisaged ‘a flock of small birds pecking away on the burning ground', and felt that in instrumental terms this called for ‘something simple and slightly unpleasant' - hence the torrent of rapid high notes from the piano, and the repeated harsh ‘pecking' noises from the wood blocks, rhythmically oblivious to the piano's distressed hurtling motion.

The final movement, ‘Spectre', returns to the theme of menaced innocence, as embodied in lines by of one its greatest chroniclers, the poet and painter William Blake. The lines ‘...The Spectre Rose in Pain / A Shadow blue obscure & dismal', comes from Blake's illustrated prophetic poem Vala, or the Four Zoas. Blake's images release a steady slow stream of emotionally charged tone-colours: bowed gong, oboe multiphonics, whining muted trumpet quarter-tones and, bizarrest of all, bass clarinet harmonics forming a pained haze above very deep sustained E flats. There is an ending, but no resolution - especially not, one may feel, for the Spectre Rose.